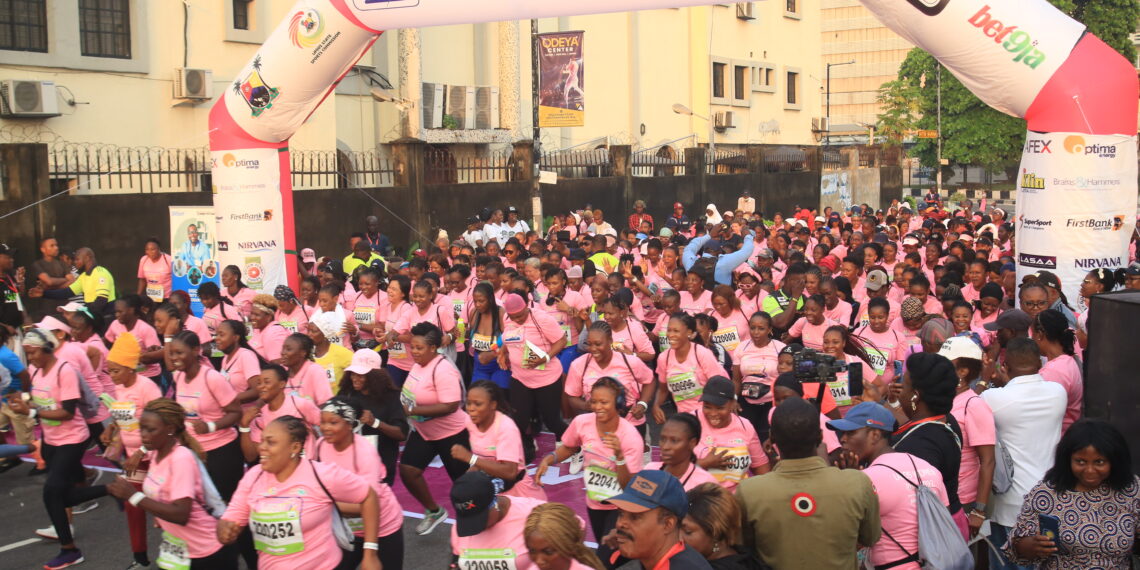 The Start Point at the Lagos Women Run

The 2022 edition of the Lagos Women Run held on Saturday produced new champions in both the Open and Veteran categories.

For the Open Category, Vera-Yohanna finished the 10km race in a time of 29.38.72 to emerge the winner. Lagos State’s Haruna Hauwawu came a close second as she also broke the half-hour mark with a finish time of 29.27.59, while Delta State’s Charity Agofure was third with a time of 30.13.17.

Despite the star-studded list of elite athletes on parade, Vera Yohanna, a teenager, held sway right from the start point at the Onikan Roundabout and though she was intermittently overtaken at different times, she had enough firepower in her to breast the tape first at the Mobolaji Johnson Arena Finish point.

Speaking to journalists after her triumph at the Lagos Women Run, Vera-Yohanna said she is excited about winning the prestigious race, having put in so much hard work in the past months. “I am very happy to win the Lagos Women Run. I have been training hard for this race and I am happy that God gave me the victory,” she said.

Though Yohanna’s winning time falls short of the Course Record of 28: 55 secs set in 2019 by Kenyan’s Cheptoeck Careen, it remains the fastest-ever winning time by a Nigerian at the Lagos Women Run.

For their efforts in the Open Category, Vera-Yohanna, Hauwawu, and Agofure got N1 Million, N500,000, and N300,000 respectively. In the Veteran category, the top three finishers were rewarded with N300,000, N200,000, and N100,000, respectively. They also gave other cash prizes to runners who finished within the first 10 in both the Open and Veteran Categories.