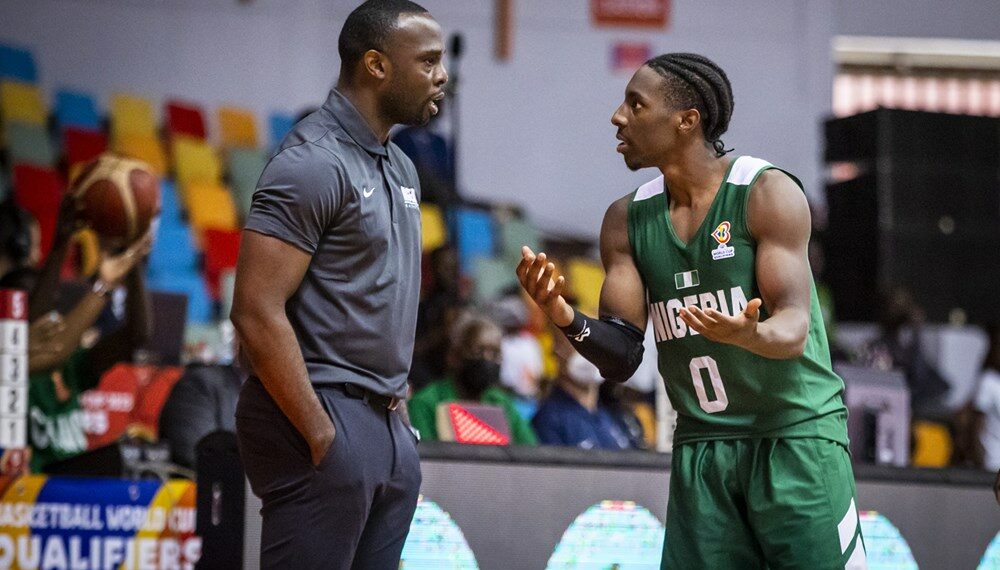 Mfom Udofia, the Head Coach of Nigeria’s Men’s Basketball Team, is confident that the D’Tigers can still qualify for next year’s FIBA Basketball World Cup.

With only one victory over Guinea in the recently concluded fourth qualifying window in Abidjan, the D’Tigers are in a precarious position in the race for World Cup qualification next year.

While the chances appear bleak, the D’Tigers coach insists that his team’s season is not yet over, pointing out that there is still one more qualifying window to salvage things.

Coach Udofia, who is particularly disappointed that D’Tigers did not obtain the much-needed victory over Angola on Sunday, stated that he and his players will continue to work hard to make their dream a reality.

“It was a tough loss (against Angola) for us and I must say that the players fought hard but the victory did not come our way. It’s not over for Nigeria yet given that there is another window. We will keep playing and giving our best till the last day of the qualifiers.” the coach declared in an interview with FIBA.

While Nigeria hopes for a miracle, Cote d’Ivoire has already qualified as the first African nation for the 2023 FIBA Basketball World Cup, which will be held in Indonesia, Japan, and the Philippines.

READ ALSO: D’Tigers without Coach Brown back in action after reversal of self-imposed ban

The D’Tigers qualified far ahead of the Ivorians for the 2019 FIBA Basketball World Cup in China, but the tables have now turned.

The African Qualifiers resume in February 2023 with Window 5, but the Ivorians, Africa’s only undefeated team thus far, will have no need to break a sweat because they have already secured their second consecutive World Cup qualification.

Four of the five tickets reserved for African teams are still available.