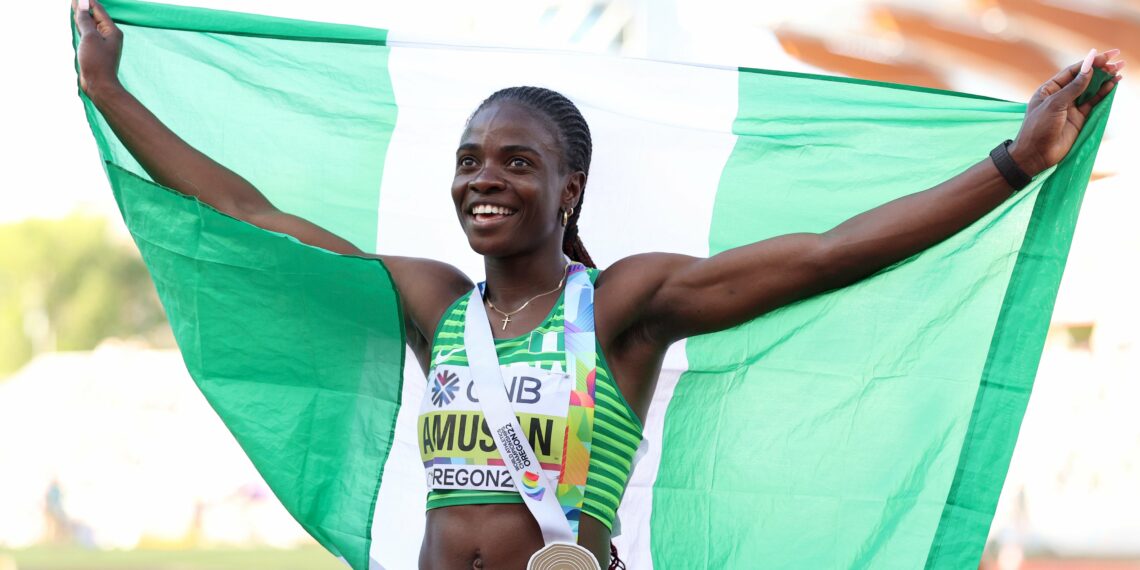 Amusan is the first and only Nigerian to be crowned African, Commonwealth, and World Champion in the same year.

Amusan clocked a time of 12.30s in Sunday’s final at the Alexander Stadium to successfully defend her Commonwealth Games title and the reigning World Champion is happy with the latest addition of titles and records to her name

“I’m glad to have defended my Commonwealth Games title with two Games Record in the process,” Amusan wrote on her Facebook page after Sunday’s blistering performance.

Amusan, who passes as a classic example of the rejected stone that became the cornerstone, advised all to stay true regardless of any letdown.

She wrote: “Never give up on yourself. Just stay focused on the Lord, on your craft and He will never fail you.

The 25-year-old admitted she was terribly down when things weren’t going her way with near misses at both the World Championships and Olympic Games.

“Mentally it was challenging-p, trust me. It was nerve-racking but with the help of my support system and God, I was able to scale through and focus and move past the previous seasons and focus on this,” Amusan declared.

She added, “It’s been God. I can’t wrap my head around the journey but I am just thankful for my coach, my support system, and my family. If it was left to me I won’t be here right now but I’m thankful for having the right people in my corner and pushing me through the ups and downs and this win is for them all.”

On her plans after the Commonwealth Games, Amusan said “I’ve got a couple of competitions left and I just want to sit down with my coach and select which ones I want to go to.”

Amusan is the first and only Nigerian to be crowned African, Commonwealth, and World Champion in the same year.

In June, the World Athletics Diamond League Trophy winner successfully defended her African Championships title, storming to a wind-aided 12.57 seconds, the fastest time in all conditions in the event’s history at the championships.

Amusan did that in record-breaking fashion, running a new 12.12 seconds world record to become the first Nigerian track and field star to set a world record.