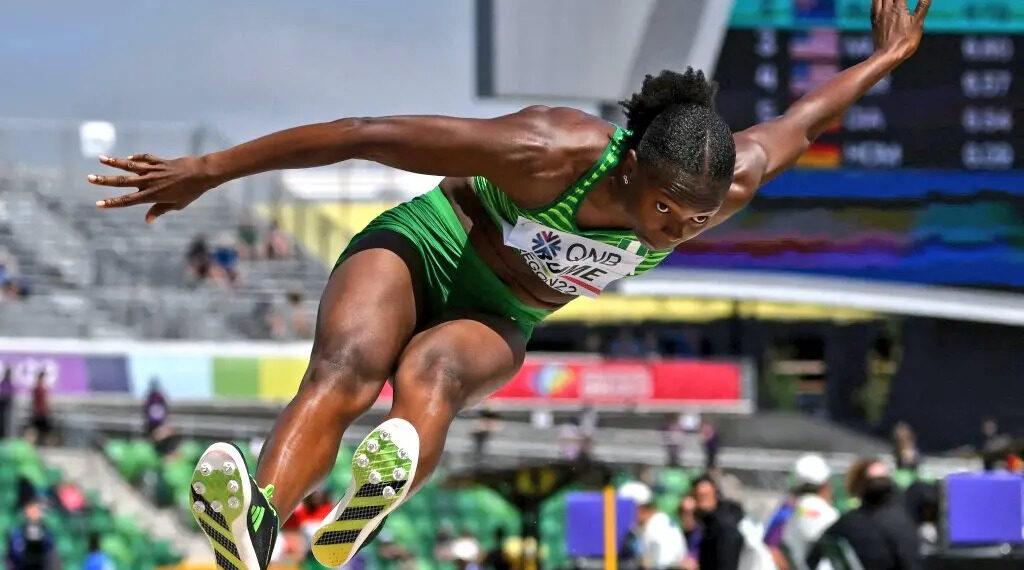 The Nigerian jumper reclaimed her title in record-breaking style, repeating a feat she first achieved eight years ago.

Long jumper Ese Brume has secured one more gold medal for Team Nigeria at the ongoing Commonwealth Games in Birmingham.

She did it in style with a new Games Record of 7.00m as she reclaimed title she won eight years ago in Glasgow, Scotland.

Ese, who is a World Athletics championships silver medallist, was not in the Gold Coast, Australia, to defend her title four years ago but she has done it now in Birmingham.

Before now, the previous Games Record for the Women’s Long Jump was 6.97m set by Australia’s Bronwyn Thompson on home ground,Melbourne in 2006.

With the gold medal by Brume, Team Nigeria’s total haul of 12 gold medals is the best the country has ever secured since taking part in the Commonwealth Games.