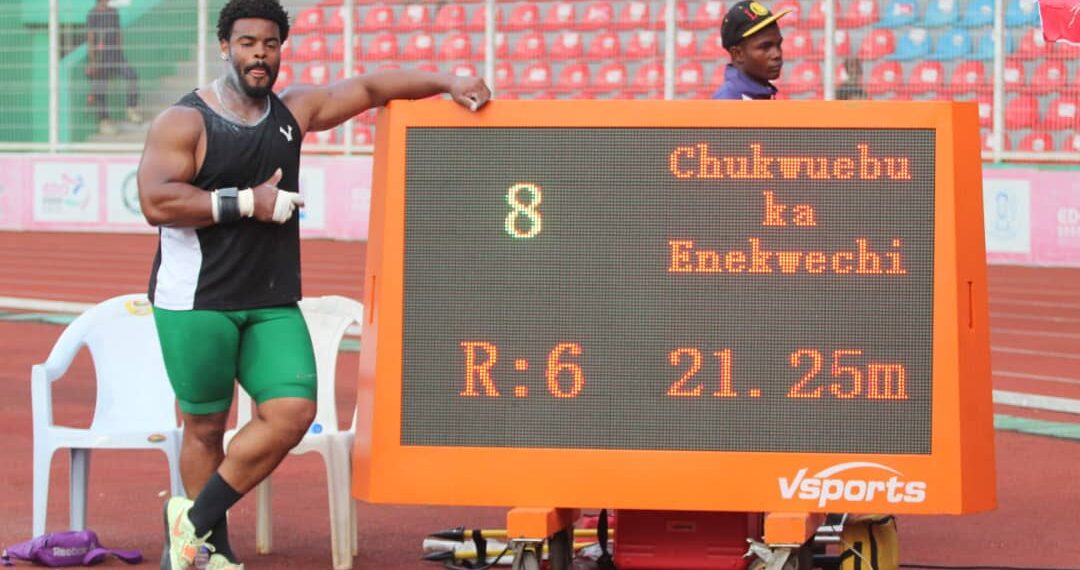 The 2022 Nigerian Athletics Championships got off to a flying start in Benin City on Friday as the opening day of action witnessed some impressive performances.

This year’s edition which is serving as trials for both the World Championships and the Commonwealth Games has in attendance the very best of Nigerian athletes from all over the world.

Reigning African Games and African Athletics Championships Shot Put champion, Chukwuebuka Enekwechi gave the crowd at the Samuel Ogbemudia Stadium something to cheer as he set a new season’s best mark of 21.25m to claim the national title once more.

This is Enekwechi’s third title at the National Championships following his earlier winning feats in 2016 and 2021.

He also won the 2018 National Sports Festival (NSF) in Abuja and is the continental champion in the event, winning back-to-back gold medals at Asaba 2018 and Mauritius 2022, as well as at the 2019 African Games.

Having dominated on the home front and even on the continent, Enekwechi will be hoping for a historic podium finish at next month’s World Cup in Oregon, USA.

Apart from Enekwechi’s impressive win, another major highlight from Day one of action in Benin City was the blistering race by Team Nigeria’s 4x100m men’s team.

The quartet of Favour Ashe, Godson Brume, Alaba Akintola, and Udodi Onwuzuruike posted a time of 38.34s to leapfrog into the last qualification spot for the World Championship.

If no other team betters this time, Nigeria’s men’s 4x100m team will be making a return to the World Championships in Oregon next month.

Also on Friday the 4x100m Women’s team won their race with a season’s best time of 43.34s over Ghana and Benin Republic. 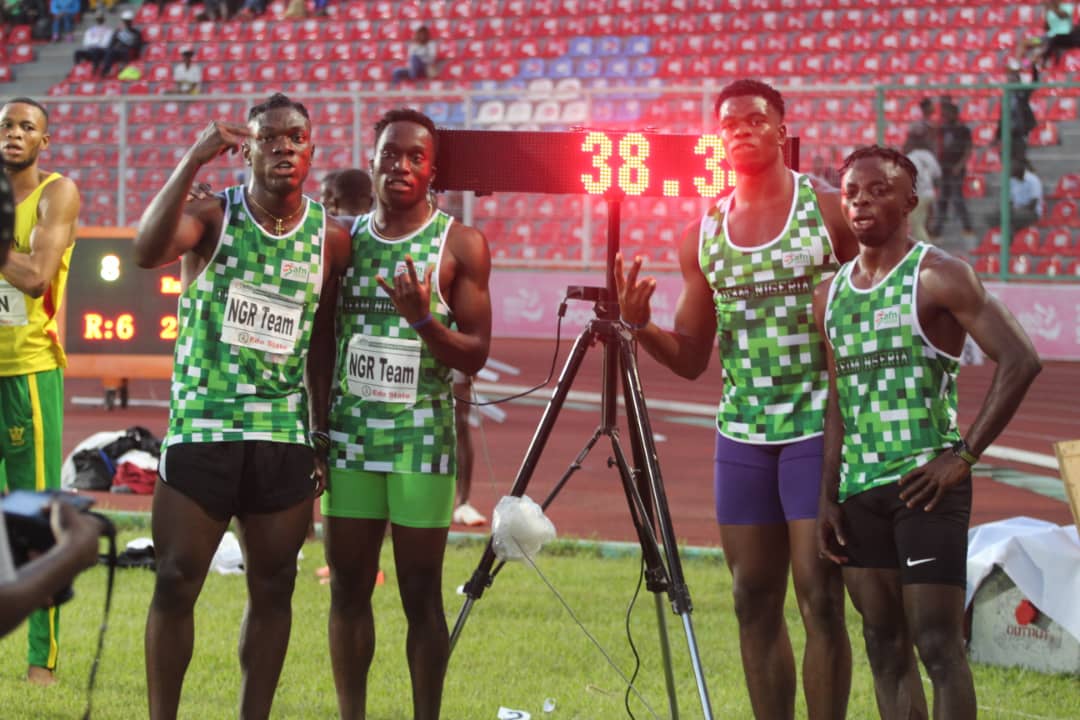 Some of the other national title winners on the opening day include Isamel Sadjo who coasted to victory in the men’s 10,000m. Sadjo pulled away from former champion Emmanuel Gyan to secure his 9th National title overall in all events.

The Men’s Discus event was won by Ifeanyi Onukwe with a distance of 47.47m. Kenechukwu Ejeifor finished closely with 47.14m while Ekomobong Fynesticon Cletuz placed 3rd with 45.35m.