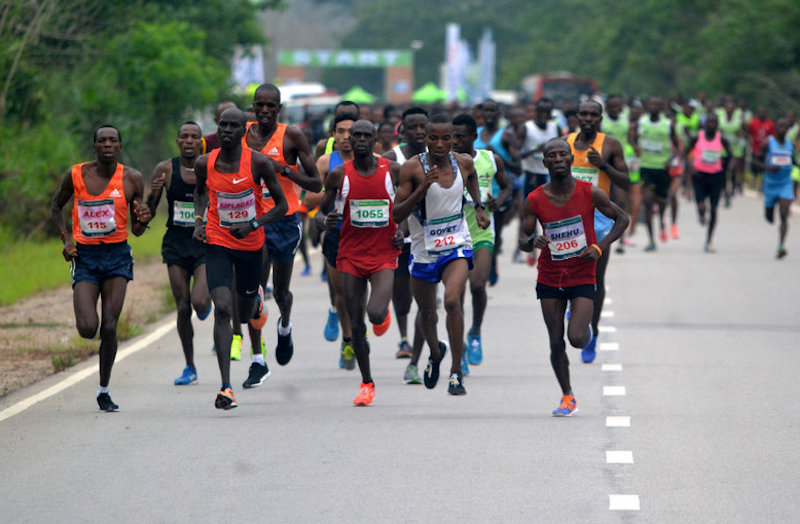 The Okpekpe International 10km Road Race presently has a Men's course record of 28:35 minutes run by Ethiopia’s Teshome Mekonnen in 2014.

Barely 30 days to go to the start of the eighth edition of the Okpekpe International 10km road race, organisers of the historic event have predicted a new men’s course record.

Ethiopia’s Teshome Mekonnen ran 28:35 minutes to set the men’s course record at the second edition of the race in 2014.

Race director, Zack Amodu, says the new rules guiding the invitation of athletes and the quality of the elite cast so far confirmed for the race point to only one direction: a new men’s and probably women’s course records come May 28, 2022, in Okpekpe.

‘One of the requirements for World Athletics elite label races is that each race must have at least five athletes per gender, irrespective of their country or territory representation, who have recorded in 2020, 2021, or 2022 at least one World Athletics legal performance within the standard set for the classification,’ said Amodu.

“For a World Athletics elite label 10km race, the standard for men is 28.27 minutes while for women it is 33.07 minutes.

“The standard for men is better than the 28.35 minutes record set in 2014 and to have at least five athletes who have run faster than that within the last three years among the elite cast for the Okpekpe race, your bet is as good as mine.”

Amodu is also confident a new women’s course record also looks achievable judging by the quality of the cast of elite women who will be in Okpekpe on May 28.

“This year’s race promises to be very explosive as far as the actions over hills and tarred roads, starting from Apana Road and ending in Okpekpe town,” added Amodu who says the quality of the organisation is never in doubt.

“For the race to be classified as one of the World Athletics elite label races, it means the organizational ability of the organisers has passed all the required tests.

‘For the avoidance of doubt, a World Athletics label denotes high standards in event organisation, safety and runner experience, application of World Athletics rules and regulations and in particular the competition and technical rules,’ said Amodu.