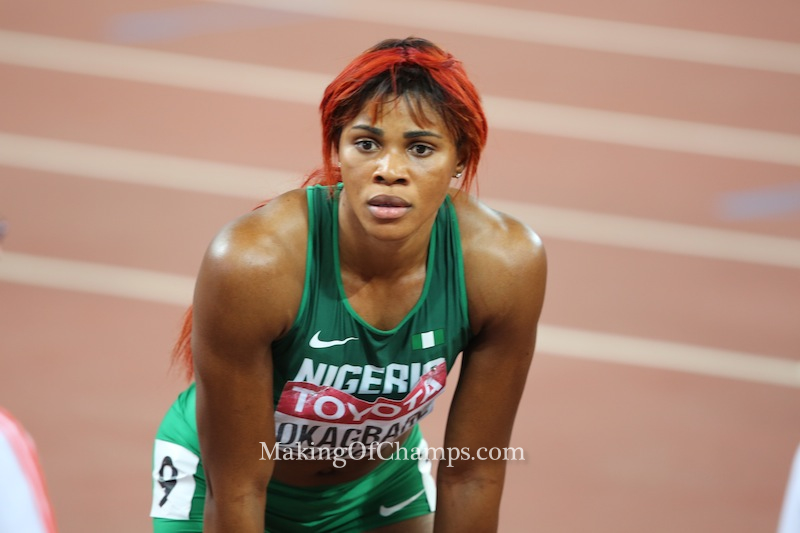 The embattled sprinter and her legal team are getting set for their next line of action.

Top Nigerian sprinter, Blessing Okagbare has reacted to the 10-year ban slammed on her by the Disciplinary Tribunal of the Athletics Integrity Unit.

After being on suspension for over seven months with no clear direction on how her doping case will be adjudicated, the AIU finally came hard on Okagbare with an unprecedented 10-year ban on a first-time offender.

“My attention has been drawn to the statement issued by the AIU regarding its disciplinary panel decision. My lawyers are currently studying it for our next line of action which we will inform you soon.🙏🙏❤ –,“ Okagbare wrote on her Facebook page.

The AIU in a statement issued on Friday explained why Okagbare was severely punished with a 10-year ban instead of the 4-year ban which most times is the maximum punishment often meted out to erring athletes.

The AIU statement read in part: “The sole arbitrator adjudicating the case concluded that the athlete’s use of multiple prohibited substances as part of an organised doping regimen in the lead up to the Tokyo Olympic Games was egregious conduct that amounted to aggravating circumstances under the Rules thereby warranting an additional period of ineligibility on top of the standard four-year sanction.”

It added: “The sole arbitrator also recognised the AIU’s right to carry out investigations, including the imaging of electronic devices, and to impose sanctions when an athlete refuses to co-operate with an investigation and thereby frustrates the AIU’s ability to fulfil its mandate to protect the integrity of the sport of athletics. In this instance, the sole arbitrator concluded that the athlete’s refusal to cooperate had denied the AIU the opportunity to discover evidence of possible further rule violations by her as well possible violations of the rules by others, for which he imposed an additional sanction of five years.”

According to standard practises, the athlete has the right to appeal against the Disciplinary Tribunal’s decision at the Court of Arbitration for Sport (CAS) within 30-days.

Why we embarked on indefinite strike – FCT NULGE