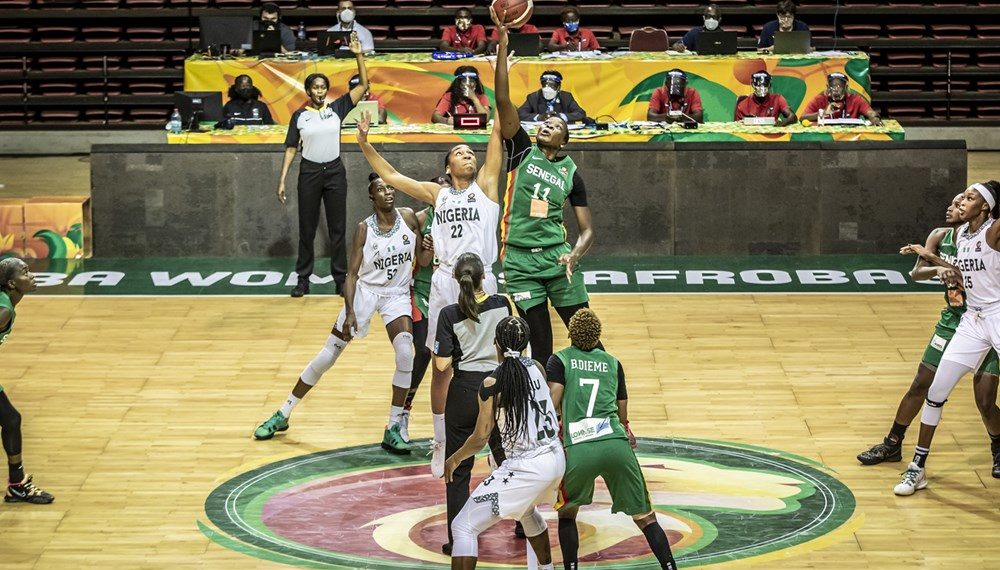 Nigeria’s senior women’s basketball team, D’Tigress, are through to the 2022 FIBA Women’s Basketball World Cup in Sydney, Australia. They did this courtesy of their 73-63 victory over Senegal on Friday night at the Palais Polyvalent des Sports in Yaounde, which qualified them for the final of the 2021 FIBA AfroBasket Women’s tournament.

In the end, this was a hard-fought encounter that showed the depth of the team managed by Otis Hughley. Just like the game against Cote d’Ivoire, the Nigerian team won all quarters except the fourth set which they lost 19-13 to a very physical Senegalese side.

Amy Okonkwo, off the bench, led the scoring with 16 points in 17 minutes of action. Ify Ibekwe added 14 points while Adaora Elonu made 12 points. Victoria Macaulay and Okonkwo led the team on rebounds with seven. Mame-Marie Sy-Diop was the highest points maker in the match with 18 points.

At the post-match conference, Otis Hughley said that the FIBA AfroBasket tournament gets tougher with every year. “The next time is even tougher because you are the target. You are the one why everyone goes and recruits players, ‘we got to be better than them’.

“To me, the field, the talent load of all the teams we played against is better than what I saw last year.”

When asked how proud he must be about his team, Hughley said, “I will say I am humbled by how the girls dug deep and fought through the fight, because that was a fight. They (Senegal) were very physical and the girls met that fight.”

Okonkwo came off the bench for her 16 points and when asked how she played with such finesse and confidence, Okonkwo replied, “We have been together since May so my older girls and more experienced players have consistently been in my ears, giving me confidence; telling me to keep playing.

“Just the chemistry that our team has and the love; the work for everybody to be better in practice, off the court.

“The sisterhood and the camaraderie just make me wanna play so much harder for my team and do everything in my power to make sure I’m giving everything when I step onto the court.”

D’Tigress will face Mali, who beat Cameroon 52-51, in the final on Sunday at 6 p.m. at the Palais Polyvalent des Sports in Yaounde.