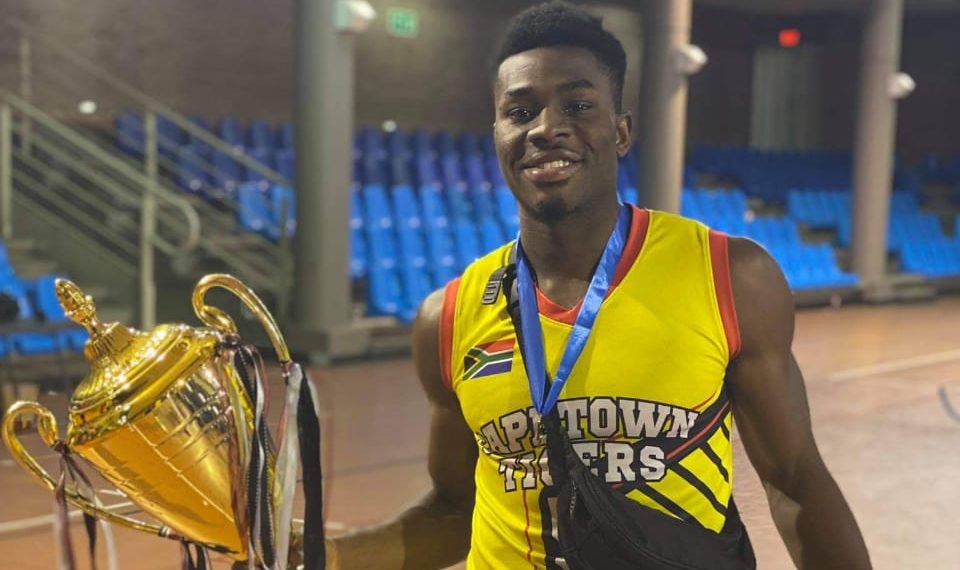 Benjamin Uzoh led the Cape Town Tigers to their first South African National Club Championship on Monday with a team high 22 points, five rebounds and five assists, in a hard-fought overtime win over Jozi Nuggets in the final match.

“I feel good. I am just glad we were able to achieve the goal we set when we came out here as a team. We all played our part; the coaches were tremendous,” Uzoh said in a telephone interview.

“There was lot of things happening behind the scenes, as far as resistance but we got it done. That’s all that matters,” the 2015 AfroBasket champion said

The ex-Basketball trainer from New York with his partners set qualification for the Basketball Africa League (BAL) as top priority in their five-year plan to bring about many positive changes in the basketball community on the continent.

The Tigers began their journey to the South African National championship summit winning the regional – Coastal leg – in Cape Town- booking a place in the national Final 4. They defeated Kwadu-Dukuza Kings 78-44 in their opening game.

They followed up the win with a 99-40 blow out win over Joby Knights and then took out Jozi Nuggets 70-64 to go undefeated in the round robin, setting up a championship match date with Jozi Nuggets whom they beat earlier in the tournament.

ALSO READ: FIBA AfroBasket: D’Tigers with one foot in the next round, beat Kenya

“We already qualified, the next step is to put our best foot forward and to try to make a splash in the qualification and move on from there”.

The victory for the Cape Town Tigers means the team moves one step closer to Edward’s goal of getting to the Basketball Africa League. The club will represent South Africa in the BAL regional qualifiers where they will face clubs from Mozambique, Zimbabwe, Zambia and Angola in the FIBA Africa Zone 6 Qualifiers.

2021 Nollywood in Hollywood kicks off online