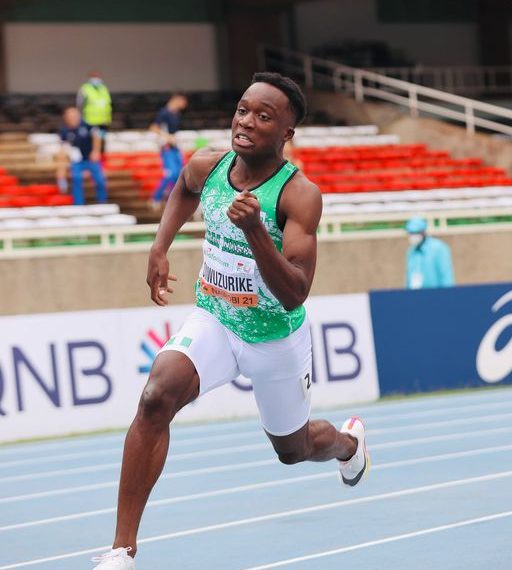 The winning time for Onwuzuike is both a new Personal Best and a national U20 record.

The good run of Team Nigeria athletes at the ongoing World Athletics U20 Championships taking place in Nairobi, Kenya has continued with Udodi Onwuzuruike producing another golden moment for the country.

Though Onwuzuruike was born in the United States, he has his heart set for Nigeria and he did not disappoint on Saturday when he stormed to victory in the 200m men’s event; claiming gold in a time of 20.21s.

The winning time for Onwuzuike is both a Personal Best and a National U20 record and it effectively broke the 25-year jinx that has seen no other Nigeria win gold in the 200m event since Francis Obikwelu won in 1996 in Sydney.

In the women’s 200m race, Nigeria also claimed a medal but this time Favour Ofili could only get a bronze medal despite setting a new National U20 record with her finishing time of 22.23s.

It was the Namibian duo of Christine Mboma and Beatrice Masilingi who claimed the gold and silver medals respectively.

With the two gold medals and bronze won on Saturday, Nigeria now has three gold and two bronze medals at the ongoing World Athletics U20 Championships taking place in Nairobi, Kenya.