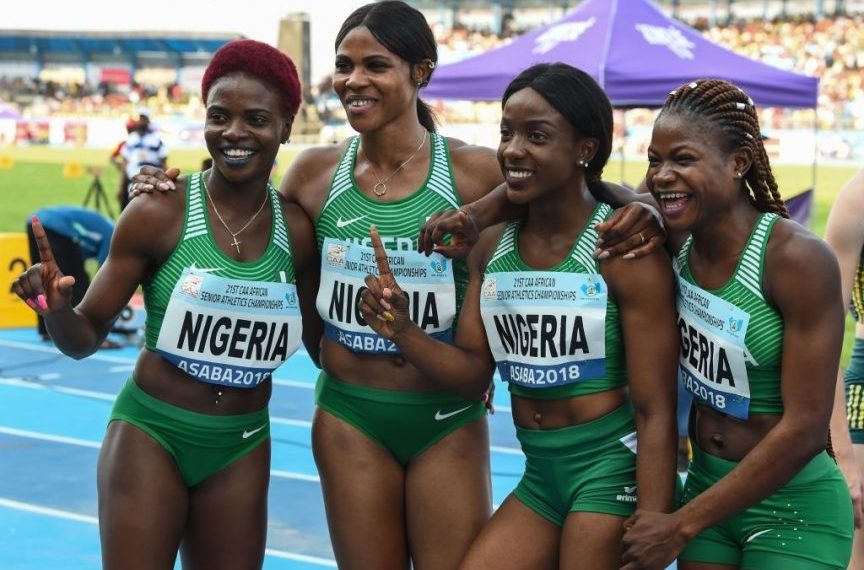 Nigerian athletes at the Olympics.

This sad episode may put the country in a difficult position in securing future deals.

Top sportswear manufacturing company PUMA has announced the termination of its four-year contract with the Athletics Federation of Nigeria.

The German company had entered a deal with the AFN under the leadership of Shehu Gusau in July 2019, in Doha. The deal was reportedly worth about N1 billion [$2.76m].

Among other highlighted benefits in the contract was supplying apparel to all age categories to Nigeria’s Athletics team for four years at no cost.

But with the AFN failing in its obligations, PUMA terminated the contract in a letter dated Wednesday, August 4, 2021, signed by the company’s director, Manuel Edlheimb.

As contained in the termination letter sighted by PREMIUM TIMES, PUMA said it was calling off the deal due to Nigeria’s athletes’ inability to wear the brand at the ongoing Tokyo 2020 Olympics.

PUMA, in the letter of ‘termination of Sponsoring and Licensing Agreement’, said, “We are referring to the licensing and sponsoring agreement signed between our company and your federation.

“As a direct consequence of the recent developments, particularly at the Tokyo Olympic Games 2020 and pursuant to clauses 9.2 and 7.3 of the Agreement, we hereby terminate the Agreement with immediate effect.

“PUMA especially declares to be discharged from any or all obligations towards all stakeholders involved and reserves all rights against these entities and individuals”.

Sunday Adeleye, who was instrumental in brokering the PUMA deal, confirmed to PREMIUM TIMES that the letter in circulation was authentic.

He, however, queried the Sports Minister, Sunday Dare, for putting Nigeria in a bad light while describing his actions as unpatriotic.

“The letter is authentic. We don’t know yet if there will be any litigation but we are waiting for further correspondence with them (PUMA). As soon as we get any other information from them, we will make it public, as we have always done.

“They had always been warning us and we said it but the Minister was hell-bent; thinking he was witch-hunting Sunday Adeleye and Gusau to spoil the deal for them, but that is not the case. This is about Nigeria, so he has shown that he is not patriotic. See where this has brought us to now. Many companies will definitely now not want to work with us,” Mr Adeleye told PREMIUM TIMES.

PREMIUM TIMES had reported how the Ministry of Youth and Sports Development refused to allow Team Nigeria to be kitted by PUMA, saying it was not privy to an agreement signed with the kit manufacturer.

The ministry, in a statement, insisted that before Team Nigeria’s athletes are allowed to wear any foreign brand, it must sight and be privy to any agreement signed.

The ministry alleged that Mr Gusau, and former technical director of AFN, Sunday Adeleye, refused to disclose the contractual agreement they allegedly signed on behalf of AFN for five years without recourse to the board.