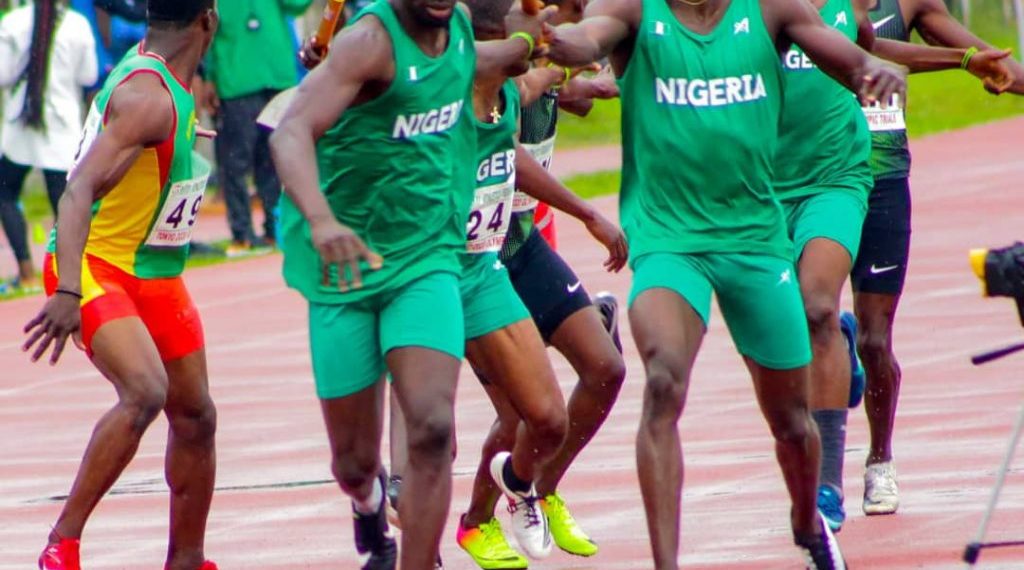 Vice President Yemi Osinbajo has urged the Nigerian team to the Tokyo 2020 Olympic Games to put in their best as they represent the hopes and aspirations of millions of Nigerians.

Mr Osinbajo made the call on Monday at the send-off ceremony for Team Nigeria, the formal handover of the Nigerian contingent to the Nigeria Olympic Committee (NOC), and the unveiling of the team’s official kit.

The event was held at the State House Conference Hall, Abuja.

The vice president told the athletes their performance at the tournament would be an opportunity to immortalise themselves.

“I am delighted to welcome here today the very best of the best Nigerian Athletes.; the great Nigerian team to the Tokyo 2020 Olympics; 58 outstanding athletes and 18 world-class coaches.

“When the Games begin on July 23, you will, as Team Nigeria, be joining other athletes from over 210 countries and territories of the world in the biggest and the most spectacular sporting event on the planet – the Olympic Games.

“Every one of you participating in the games is opening a page in history for yourself, your families, your community, and the nation.

“Your performance at the games will inscribe your names in national and world sporting history; you carry the hopes and aspirations of millions as you compete in Tokyo.

“But you will in this endeavor have the assurance of the prayers and best wishes of all Nigerians.”

The vice president implored the team to be motivated by the great exploits of former Nigerian Olympians.

He cited Chioma Ajunwa who won the gold medal at the 1996 Olympics for the long jump and became the first black African woman to win an Olympic gold medal in a field event.

Mr Osinbajo also made reference to the Nigerian Olympic football team that won gold at Atlanta 96.

“That was the year we defeated the world’s best footballing nations, Argentina and Brazil and we all held our heads high.

“And for anyone who thinks we are joking maybe they haven’t seen our exhibition basketball game on Saturday with the USA team especially that amazing block by Precious Achiuwa against KD {Kevin Durant} who is probably the best player in the NBA right now.

“So, Precious, you are the real MVP.

“We won the gold in 4 × 400 metres relay after the American team was disqualified for using performance-enhancing drugs, that was the team which had Clement Chukwu, the late Sunday Bada, Enefiok Udo-Ubong, Jude Monye, and two other members of the team Fidelis Gadzama and Nduka Awazie.”

Mr Osinbajo lauded the various sporting federations for developing the talents to enable Nigeria to participate in nine different sports.

“I understand that you are departing first to the city of Kizarazu in continuation of your pre-games training before your participation in the Olympic Games.

“I think you should make good use of this window to prime yourselves fully for the competition.

Earlier, Gumel, in his acceptance speech reassured that the NOC would be worthy ambassadors of Nigeria throughout the stay in Japan.

According to him, all athletes and officials have all received their full jabs of the COVID-19 vaccination.

Odunayo Adekoroye, who will be competing in wrestling, told State House correspondents that Team Nigeria was going to the Tokyo Games as a disciplined and patriotic group and would not tarnish the image of the country.

She said she hopes the team would win multiple medals for Nigeria.