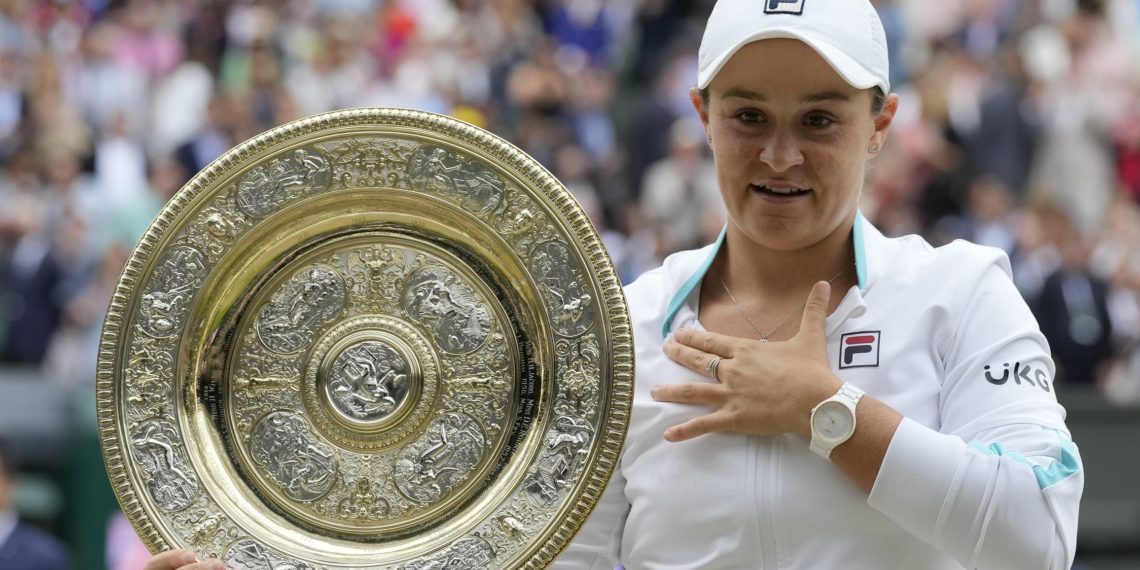 Wimbledon 2021: Barty confirms No.1 status with win over Pliskova

World No.1 women’s player, Ashleigh Barty, confirmed her status on Saturday with a first win at Wimbledon – a three-set win over Karolina Pliskova 6-3 6-7 6-3, four minutes shy of two hours.

This was on the 10th anniversary after winning the girls’ title at SW19.

The first set was quick, lasting just 29 minutes. She won the first game to love and broke Pliskova in the second before taking the third to love.

The fourth game was a bit tighter but Barty took it to lead 4-0. Pliskova got on the board in the fifth game by breaking the Barty serve but the world No.1 took the sixth game to lead 5-1.

Pliskova won the next two games to put some tension into the ninth game but Barty served out to love to win the first set 6-3.

The second set looked to be following the same script as she raced into a 3-1 lead but Pliskova won the next three to take a 4-3 lead. Barty served to love to take the match into a 4-4, from which both players held serve until the tie break, which Pliskova won 7-4.

The first game of the third set went into deuce before Barty prevailed. She won the second and third games before Pliskova got on the board in the fourth.

Pliskova led 40-30 in the ninth game but Barty hit two winners to take it to deuce and get the advantage. Pliskova then hit a backhand return into the net to hand the title to Barty.

“This is incredible,” Barty said afterward in the courtside interview. “I love testing myself against you and I hope we will find and more matches. I want to thank everyone in this stadium-you’ve made my dream, thank you so much.

“Just keep fighting,” Barty said she told herself in the third set, which lasted for 39 minutes.

“It was an exceptional match and I knew I had to bring my best,” Barty added.

This is her second Grand Slam title, following the 2019 French Open and she has been No.1 in the world since September 2019.