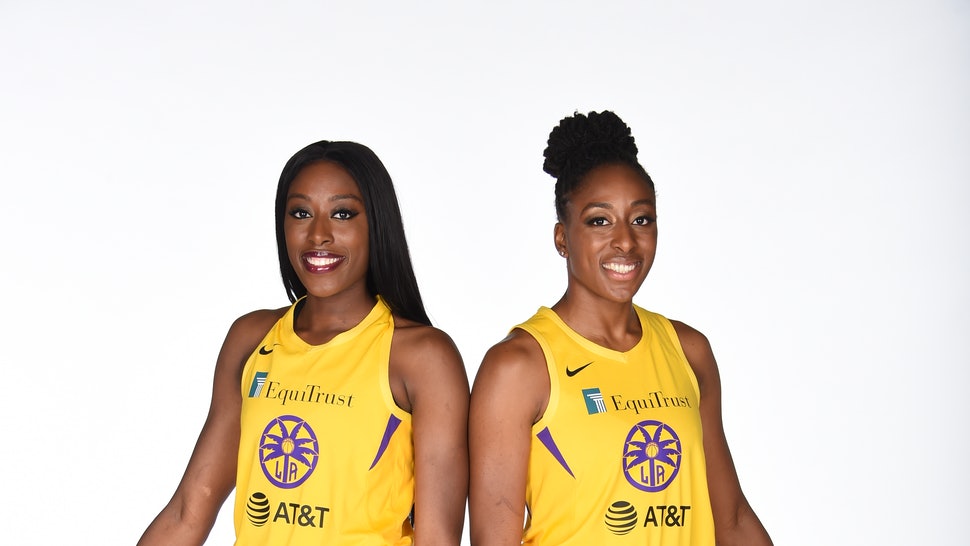 Three sisters could play for Nigeria in Tokyo

Three Ogwumike sisters are on the threshold of history after the sisters were listed in the 15-woman provisional list submitted to the Nigeria Basketball Federation by head coach, Otis Hughley.

Number one overall draft in 2012, 2016 WNBA Most Valuable Player and current Los Angeles Sparks power forward, Nneka Ogwumike, has been pencilled down alongside Chinenye Ogwumike who had previously represented the United States of America at the U-18 and U-19 categories.

Erica completes the list of the Ogwumike sisters who may be making history as siblings playing for the same national team at the Olympic Games.

Team captain, Adaora Elonu, who has also been named as the Assistant Captain of Team Nigeria to the Olympics, is among the regular faces in the 15-woman provisional list.

The trusted trio of Promise Amukamara (Charnay BB of France), Atonye Nyingifa (Porta XI Ensino, Spain), and Ezinne Kalu (Landerneau, France) are also in line to make their debuts at the Olympics.

Pallas Kunayi-Akpannah, the 23-year-old Centre, who plays in the Italian Serie A for Pallacanestro Vigarano , will team up with Ifunanya Ibekwe and Louisville point guard, Elizabeth Balogun.

Amy Okonkwo’s dream of playing for Nigeria in Tokyo may eventually come through after her inclusion in the list alongside Oderah Chidom who narrowly missed the 2018 World Cup in Spain.

A long-standing member of the Atlanta Dream franchise in the WNBA, Elizabeth Williams, will also be on the plane to Tokyo alongside Victoria Macaulay and ageless Aisha Balarabe who has continued to turn back the hands of time as the only member of the squad who has ever been to the Olympics (in 2004).

The final list of 12 will be announced before the team heads out to Japan from their camp in the USA where the team will face the USA, Japan, and France in Group B.