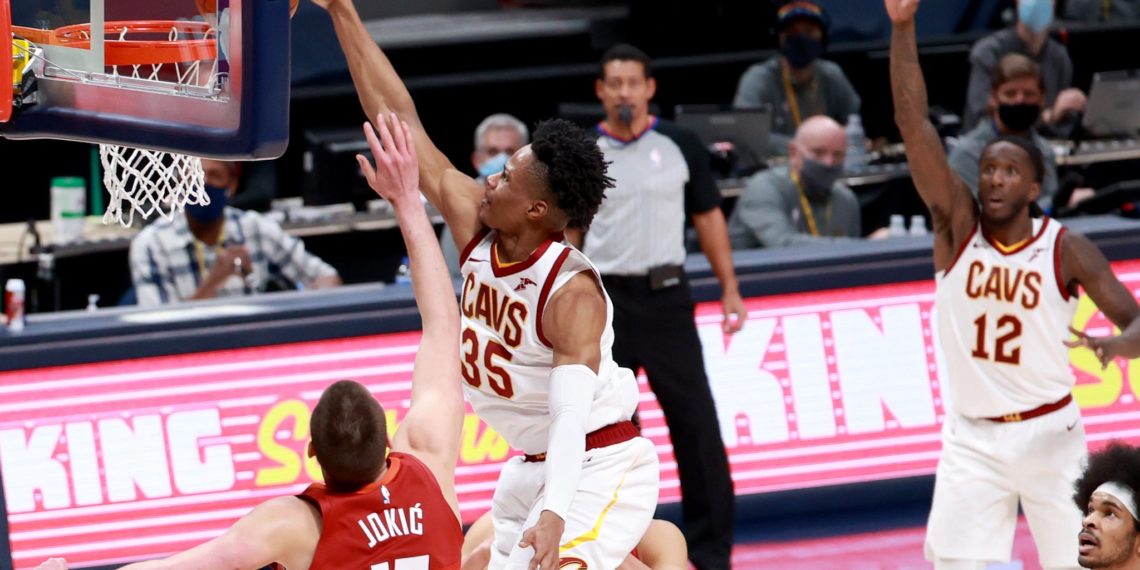 Okoro notched his first career double-double with 22 points and 10 rebounds on May 10.

Okoro’s inclusion in the star-studded roster caps a strong finish to the season for the American player of Nigerian descent.

The fifth overall pick from Auburn, Okoro averaged 10.7 points in 16 April games and 16.6 points in nine games in May.

Congrats to Isaac Okoro and Desmond Bane on being selected to the 2020-21 NBA All-Rookie Second Team👏🏾🇳🇬 pic.twitter.com/5IBgfbz04Y

He notched his first career double-double with 22 points and 10 rebounds on May 10 at home against the Indiana Pacers.

“The silver lining to the injuries was we got to see him evolve offensively and see his playmaking. He’s going to be a wonderful player for a long time in the NBA with the Cavaliers,” Cavs General Manager Koby Altman said of Okoro in his season-wrapup press conference.

He also drew the defensive assignment on the opponent’s best player all season.

“He does a great job of taking care of himself. He eats properly, he’s in the weight room, and he has a naturally high motor,” Cavs coach J.B. Bickerstaff said of Okoro on May 12.

“That was one of the things that we saw about him in college — he was able to make effort plays effortlessly. I think that has helped him. He’s got a thirst for improvement, a hunger to ask the right questions and learn.”

Bickerstaff added: “He was a baby when he got here. You play three months of college basketball in a season that was cut short, you don’t have the summer. Improvement is even more drastic when you think about it from that standpoint, just how much better he’s gotten so quickly. We’re excited about him, we’re excited about having a summer with him.”