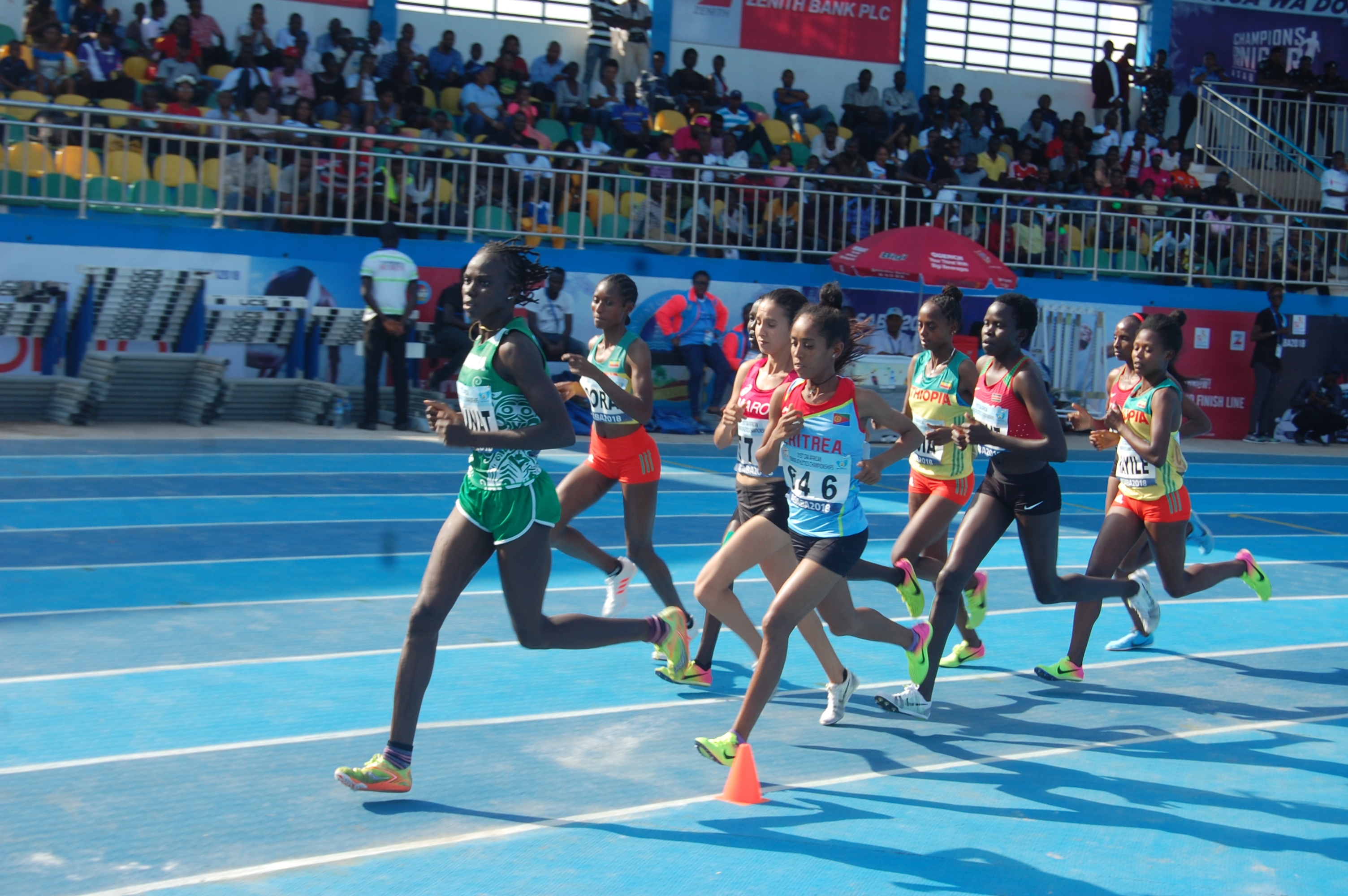 ANALYSIS: Why AFN election may lead to a fresh round of crisis

Two separate elections are being planned for Monday.

The election ordered by the World Athletics (WA) and Confederation of African Athletics (CAA) into the board of the Athletics Federation of Nigeria was called to broker peace amongst the contending factions is panning out to become a farce.

With two factions holding separate elections on Monday, this may be the beginning of another round of crisis.

For some, the custodian of sports in Nigeria, the Nigeria Olympic Committee, has not done enough to avert the crisis that has denied the country’s athletes to blossom.

Nigerian sports and crisis are like Siamese twins, and the governing body for athletics in Nigeria, the Athletics Federation of Nigeria (AFN),has more than had its fair share of crises since it was established in 1944.

The current crisis began shortly after the Ibrahim Gusau-led board was inaugurated in 2017 by former Minister of Sports, Solomon Dalung.

From then, till now, the period could be described as the year of the locust in Nigeria athletics as the sport and athletes have suffered because a faction of AFN board led by Mr Gusau and another faction led by Olamide George has held the sports to ransom.

WA and CAA waded into the crisis and directed a single election on June 14, 2021, using the 2017 constitution of the federation. The two factions agreed to hold elections but not one has commanded by WA and CAA because the Gusau faction is holding its election in Birin-Kebbi, Kebbi State and the George-led board, backed by Sports Minister Sunday Dare, is holding its election in Abuja.

In all of these, the Nigeria Olympic Committee (NOC) President, Habu Gumel ,who ought to call the parties to order, is standing aloof, as the sports that has brought Nigeria more honour at the global and continental level than any other is steadily being destroyed.

Origin of the Crisis

The crisis started in 2017 shortly after the board’s inauguration. Mr Gusau showed he was not comfortable with Mr George as Vice-President, and thus made his right-hand man Sunday Adeleye the unofficial Vice-President and Technical Director.

This did not go down well with Mr George who felt slighted. Mr George was supported by Brown Ebewele and Gabriel Okon. Mr Ebewele, a former technical director of AFN, former director of sports and commissioner of sports in Edo State, believed he was more qualified than Mr Adeleye or anybody on the board to be technical director. Mr Okon, a national coach and former High-Performance coach, also believed he has a better pedigree than Adeleye.

But Mr Gusau had his ways because he was in the good books of Mr Dalung. To keep Mr George and other dissidents in check, the Sports Ministry exhumed a case of allegation of giving athlete performance-enhancing drugs leveled against Mr George by Folasade Abugan. This led to the suspension of Mr George from the board pending the conclusion of an investigation.

Then came the case of World Athletics missing money. The money was believed to have been spent by the Gusau-led board. When the pressure became too much for Mr Gusau who knew the ministry and not him spent the money he called on the EFFC and ICPC to investigate the missing money.

Mr Gusau’s decision to invite the EFFC and ICPC to investigate the money did not go down well with officials of the Sports Ministry and before anybody could say jack, an investigation into the allegation that Mr George gave Abugan drugs was dropped and his suspension was lifted.

A board meeting of AFN was called and Mr Gusau was removed as president and Mr George was named the acting president. Since then athletics and athletes in Nigeria have not known peace.

After a series of interventions by the World and Africa governing bodies of athletics WA and (CAA), it was agreed that a fresh election that will unify the warring factions will be held on Monday, June 14, 2021 in line with the 2017 constitution of the AFN to bring lasting peace but looks like a mirage as the Gusau-led board is organizing its election in Birin-Kebbi and the other faction backed by the Sports Ministry in Abuja.

For Mr Gusau, the Abuja election is illegal, and he quoted the AFN Constitutions of 2017 and 2019 to back up his claims. He said only the President of AFN can authorise the convening of the Congress of the Federation.

He stated that any Congress not convened by the President will be termed illegal and decisions taken therein will be null and void and of no consequence.

“Furthermore, it is on record that on the July 1, 2020, His Lordship, Hon. Justice A. I. Chikere, in delivering judgment in SUIT NO. FHC/ABJ/CS/113/2020 between Hon. Engr. Ibrahim Shehu Gusau, PhD (Plaintiff) and Hon. Minister of Youth & Sports Development, Federal Ministry of Youth & Sports Development, Prince Adisa A. Beyioku and Mr Olamide George (Defendants) at Order 8 on Page 7 gave An order of perpetual injunction is hereby made restraining the Defendants from taking any or further actions/steps that undermine the powers of the plaintiff under the Constitution of the AFN as President including the powers to convey Congress of the AFN.

“It is pertinent to state that on September 25, 2020, the Appeal Court in APPEAL NO. CA/C/CV/518/2020 between the Hon. Minister of Youth & Sports, Federal Ministry of Youth & Sports Development, Prince Adisa A. Beyioku and Mr Olamide George (Appellants) and Hon. Engr. Ibrahim Shehu Gusau, PhD (Respondent) dismissed the Application for Suit of Execution and affirmed the ruling of the High Court in its entirety”.

Mr Gusau stated that the claim that World Athletics rejected the amended Constitution of the AFN is false, malicious and intended to scuttle the roadmap for the 2021 AFN elections.

While Gusau camp seems united, there is discord and disunity in the Abuja camp. Mr George sensing that Sunday Dare, the Minister Sports, may be backing another candidate for the Monday election, issued a press release last week Thursday discrediting the process.

Mr George berated the leadership of the Ministry of Sports for interfering in the internal democratic mechanism of the AFN.

He said the guidelines released for the Abuja election by a staffer of the Ministry, Adisa Beyioku, is an attempt to hijack the electoral process in favour of their preferred candidate.

Mr George insisted that the 2017 constitution as agreed upon in a recent meeting between the AFN leadership, the CAA and the WA. “It is very disturbing and sickening that we are having different directives from two quarters that are against the 2017 Constitution.

“The process is against the resolution reached with World Athletics and CAA.

“The above is against the law and it shall not stand. The genuine Congressmen are already programmed to be disallowed from their orchestrated plans.

“We hereby pull away from the ongoing unconstitutional process until equity, justice and fair play prevails in compliance with the 2017 constitution”, Mr George said.

Omotseye Nesiama, a candidate for the AFN presidency, also described the Ilorin election to elect a technical representative for the board as a charade.

In a message to athletics stakeholders, Mr Nesiama wrote, “I want to assume that most, if not all of us, are already aware of the disgraceful conduct by a group of persons led by Coach Brown Ebewele and aided by a few of us that I will still forgive.

“I have been hearing about anti-Association activities before now but I saw these glaringly brought before my very eyes yesterday. I was taken aback to see members conniving with some never-do-wells to challenge our respectable Associations’ status quo and effort at complying with the stipulated election guidelines. Worse still they were working hand in hand with thugs and those not having any business with the election but just bent at causing disruption.’’

Olympics medalist Fatima Yusuf ,who wanted to aspire as the North-central representative on board of AFN but lost the zonal election to Haruna Manta from Niger State blamed , her loss on manipulation of the process by the Zonal Coordinator, an employee of the Ministry of Youth and Sports, Saka Kaseem, whom she claimed orchestrated the whole thing and worked for a particular candidate when he was supposed to be neutral.

NOC culpable for the crisis

Athletics and sports buffs blamed the inaction of the NOC led by Habu Gumel for the crisis.

Olukayode Thomas, a former AFN board member and journalist, told PREMIUM TIMES the NOC ought to have done the needful before the crisis in the Athletics family got this bad.

“Before the crisis got to this level, the NOC, the body that sports federations and associations are under ought to have called the two parties and resolved the crisis, if the crisis did not abate, the NOC has the power to set up a caretaker committee that will run the AFN for three to six months and organize fresh elections but since Raheem Adejumo left NOC as president, the NOC has been reduced to a department of the Federal Ministry of Sports,’’ Mr Thomas said.

For Mr Thomas, the only way AFN could start on a clean note from June 14 is the election of a fresh candidate as president, “the election of Gusau or George will compound the problem but a freshman will mean a breath of fresh air for AFN” he concluded.