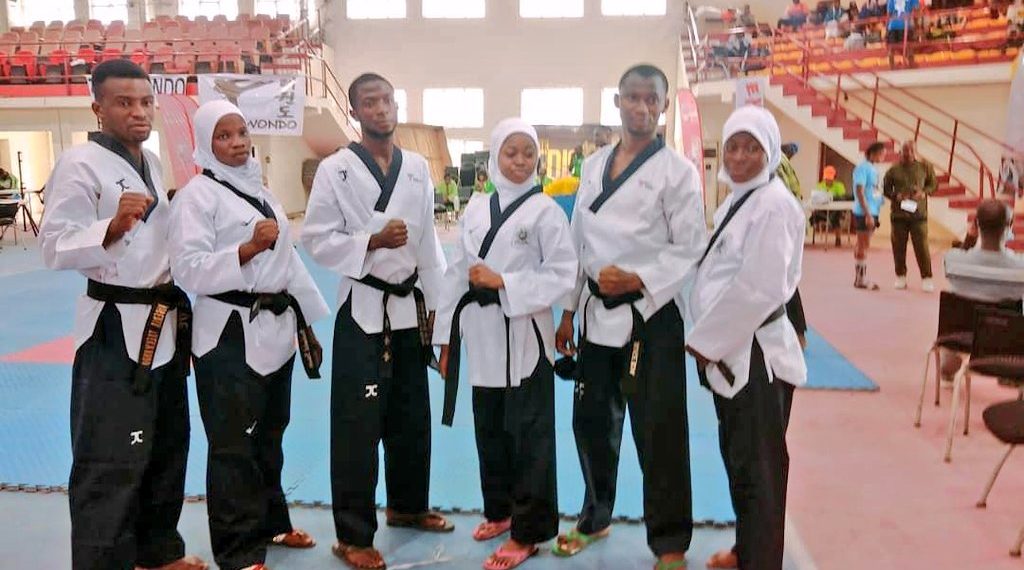 An eight months pregnant Aminat Idrees has won a gold medal in taekwondo for Team Lagos at the ongoing National Sports Festival in Edo state.

In the Poomsae Taekwondo (demonstration) female team event, the Lagos athlete won silver and also an individual bronze medal in the same category, she also finished first in the mixed event.

In another event, Team Edo won the gold medal of the six-aside cricket while Kwara and Lagos to silver and bronze medals respectively.

Ukpereseraye Ese of Delta won her second gold of the festival in the women’s 100m cycling category.

Tombrapa Gripa and Joke Durogbade claimed the silver and bronze for Edo and Oyo States respectively.

An inspiring outing by heavily pregnant Aminat Idrees who won a gold medal for Lagos at the ongoing National Sports Festival in Benin, Edo State.

Aminat Idrees who is 8 months pregnant won gold in the Mixed Poomsae category in Taekwondo pic.twitter.com/rr4fxJCfMs

Why Super Eagles are no longer dominant – Sunday Oliseh