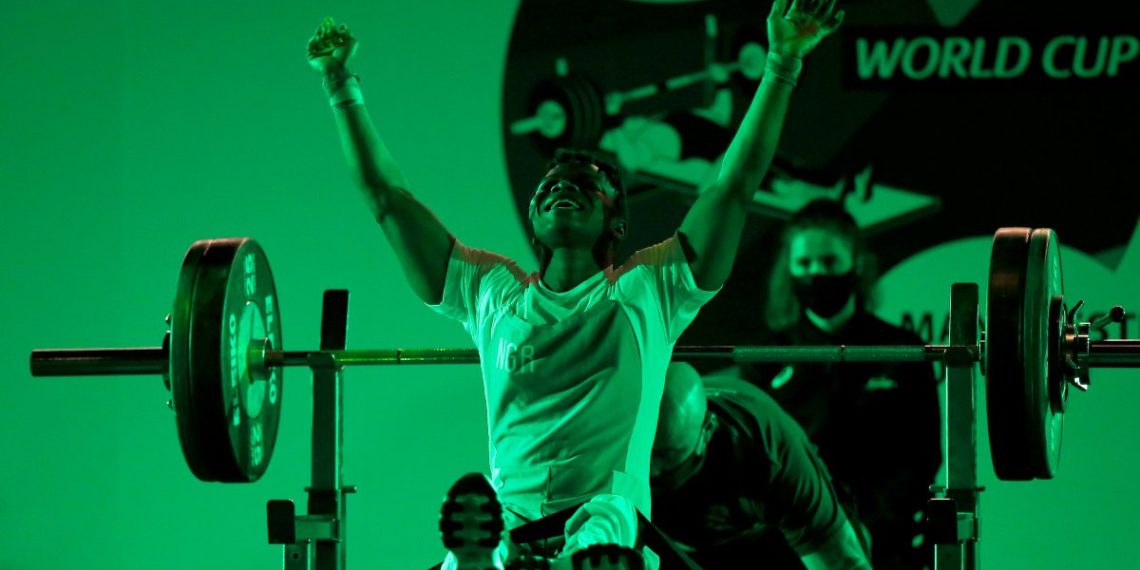 Nigeria’s prowess in global powerlifting was on display on Thursday in the UK as the country’s representatives got off to a flying start on Day 1 of the Powerlifting World Cup taking place in Manchester.

Nsini Jonah Ben snatched gold in the women’s up to 41kg in the first event at the four-day tournament that will conclude on March 28.

What a start for Nigeria. Jonah Ben equals African record in the first competition of the day! 🥳

Nsini equalled the African record that was set by her compatriot, Esther Nworgu, at the 2020 Para Powerlifting World Cup in Abuja.

Latifat Tijani, a silver medalist at the Rio 2016 Paralympics, got Nigeria another gold medal when she won the women’s up to 45kg class.

Paralympic champion Yakubu Adesokan won the third gold medal of the day for Nigeria after finishing tops in the men’s up to 49kg category.

Paralympic champion Yakubu Adesokan wins the third gold medal of the day for Nigeria in Manchester! 👏

Meanwhile, Onyinyechi Mark also won a silver medal in the women’s up to 55kg class.

After more than a year of inactivity due to the pandemic, Nigerian powerlifters are now back to what they know how to do best. Thirteen of them are in Manchester and are part of the 125 athletes from 22 countries competing at the four-day event.

The Manchester World Cup is the second World Cup to be held this month, following the first leg which was staged in Bogota, Colombia earlier in March.

Pattaya, Thailand will be home to the third World Cup followed by Tbilisi, Georgia, both in May.

It will be the first time both countries host a World Cup. The traditional Dubai Fazza World Cup in the United Arab Emirates in June will be the final stop before the Tokyo Paralympics.

AFCON Qualifiers: Tickets will not be sold for game against Lesotho