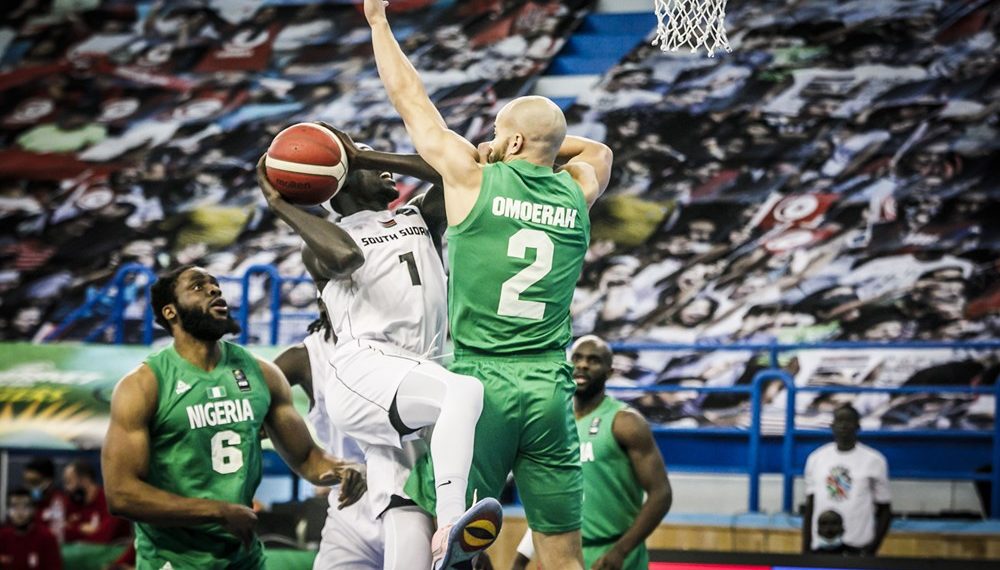 Iroegbu was once again the star man for D’Tigers at the AfroBasket qualifiers in Tunisia.

Nigeria men’s basketball team on Wednesday continued their fine run in the 2021 FIBA AfroBasket qualifiers as they secured a 75-70 victory over South Sudan in the ongoing series in Monastir, Tunisia.

This result means the team became the first team to qualify for AfroBasket 2021 according to a press release from the Nigeria BasketBall Federation.

South Sudan, on a mission to avenge the defeat inflicted on them by D’Tigers in the first series in Kigali, came off the block smoking with Kuany Ngor Kuany getting them the first points of the game.

However, Ike Iroegbu, the star man when these two sides met last year was quick with a response for the D’Tigers making the first basket for Nigeria.

From then on, it was a tightly-contested affair between the two teams before D’Tigers were finally able to pull away; taking the first quarter 18-9.

However it was the South Sudanese team that came tops in the second quarter; winning it 21-20 and while D’Tigers struggled to take the third quarter 20-19, and the fourth quarter proved decisive.

The South Sudanese team finished stronger in the final quarter and they almost secured an upset with their 22-18 fourth quarter win but it was not enough as D’Tigers finished overall winners with 75-70 points.

Nigeria’s next game will be on Thursday against Rwanda. D’Tigers narrowly lost to host-Tunisia at the finals of the 2017 edition and are hoping to qualify as well as win the second-ever Afrobasket title.

VIDEO: What we discussed with Jonathan – Saraki