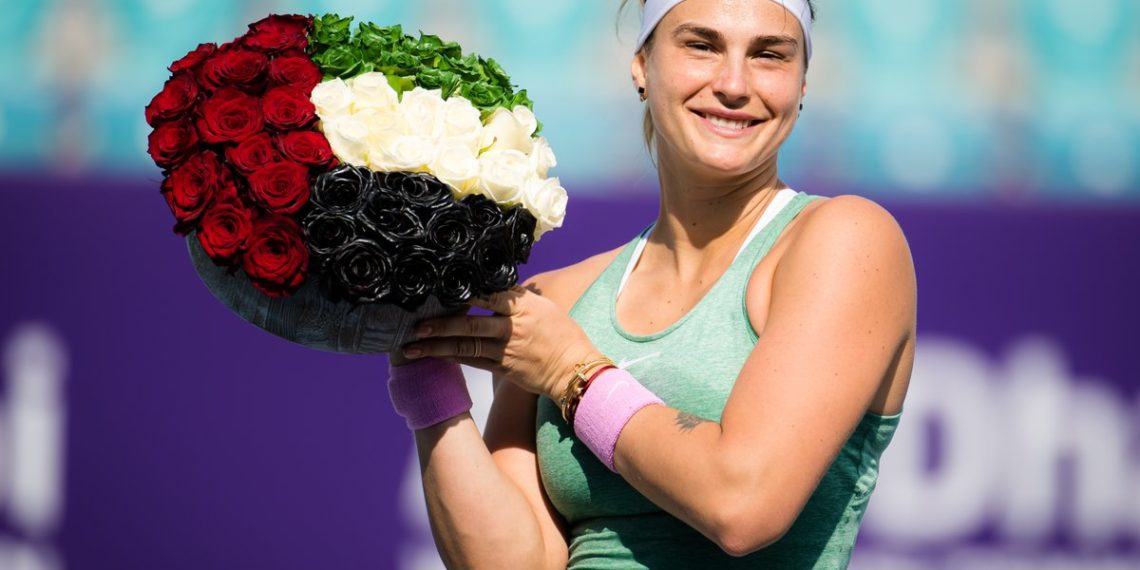 The most in-form woman on the WTA tour, Aryna Sabalenka, on Wednesday won the first WTA title in 2021 by defeating Veronika Kudermetova 6-2 6-2 in the final of the Abu Dhabi WTA Women’s Tennis Open. This was her ninth career title and follows her excellent form at the tail end of 2020.

Sabalenka, seeded No.4 in Abu Dhabi, won her 15th consecutive match – a run that stretches back to October 19 at the 2020 J & T Banka Ostrava Open, which she won by beating Cori Gauff, Jennifer Brady, and Victoria Azarenka in the final.

She followed that up by winning the Upper Austria Ladies’ Linz tournament, which she won by beating Elise Mertens in the final last November. The 22-year-old Belarussian should rise from her current 10th spot in the WTA ranking by next week.

“Every final is really something special, and I would say, finals are a different competition. This final was really nice, and I would say a really fast game.” Asked about her current 15-match winning run, she said, “I’m really happy to keep winning, and I’ll do everything I can to keep winning,” to which she added, “Nobody likes to lose.”

Sabalenka will put that run to the test when she goes after her first Grand Slam title at the 2021 Australian Open, which serves off on February 8.

Bayern knocked out by lowly Holstein Kiel in DFB-Pokal Cup