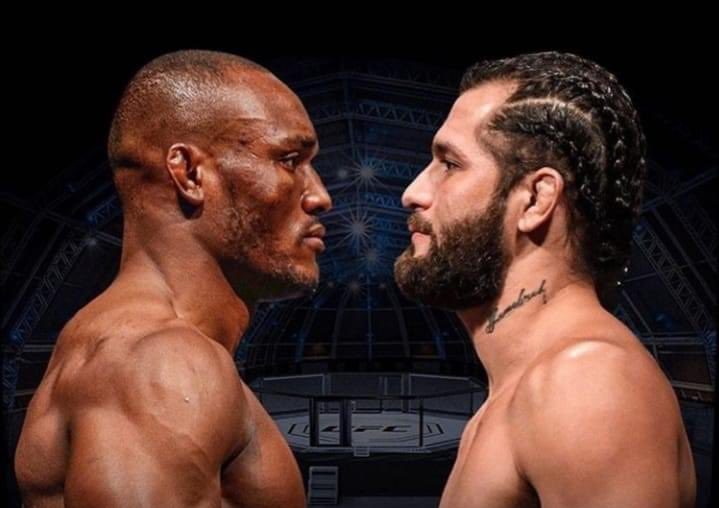 Nigerian fighter, Kamaru Usman, has successfully defended his welterweight championship after recording a hard-earned victory over his challenger, Jorge Masvidal, at UFC 251.

Usman defeated Masvidal via unanimous decision (50-45, 50-45, 49-46). This is the 9th time he is winning via this route while his other victories have majorly been through knockouts.

Despite having a change of opponent in the very last minute, the Nigerian got the job done and he had his belt firmly wrapped around his waist as he recorded his 17th career victory.

Usman was originally meant to fight Gilbert Burn in the main event staged in Abu Dhabi’s Fight Island but after his opponent and his coach tested positive for coronavirus, they had to withdraw from fight night.

With President Dana White refusing to let that ruin the event, he went in search of a replacement, and in stepped Masvidal.

Despite such short notice and despite having to lose 20 pounds in a week, the American agreed to the fight.

However, it was all too much for him as Usman proved a hard nut to crack and he got the job done to retain his belt.

The victory for the champion leaves him with a professional record of 17 wins and just the one defeat, whilst Masvidal now has a record of 35 wins and 14 defeats.

The ‘Nigerian Nightmare’ as Usman is fondly called was oozing with so much confidence as he sang and danced his way to the Octagon and inside the cage as well. Usman was just unstoppable.