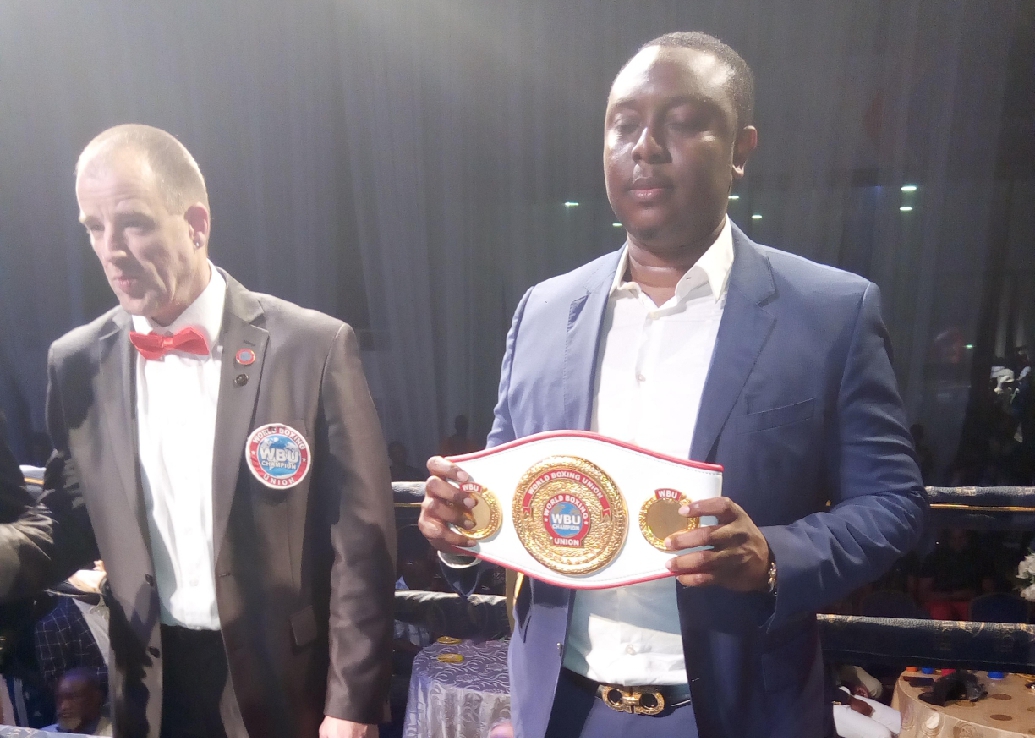 Professional boxing is finally finding its roots back in Nigeria and the year 2018 ended quite well for the country.

Aside from the feats achieved by some of Nigeria’s boxers, the country has been given an extra reason to celebrate following the decision by the World Boxing Union (WBU) to name Monarch Promotions boss, Stanley Williams, as the Promoter of the Year.

President of the World Boxing Union (WBU) Thorsten Knille while decorating Mr Williams with the beautiful belt said: “WBU has chosen you as our Promoter of the year for promoting six World Title bouts in 2018, no other Promoter achieved this feat, Congratulations.”

While the award came as a huge surprise to Mr Williams, he has promised to do more in 2019.

“This is a big surprise and I thank everyone at WBU for seeing me worthy of this honour,” he said.

“Making champions before my countrymen give me pleasure and at Monarch, it is our constant pursuit to bring fight fans the most exciting fights”, the promoter added.

President of Nigeria Boxing Board of Control, Rafiu Ladipo, thanked the WBU for bestowing such honour on a Nigerian.

Monarch Promotions has promoted two bout cards, Boxfest in April 2018 and King of the Ring in December 2018.