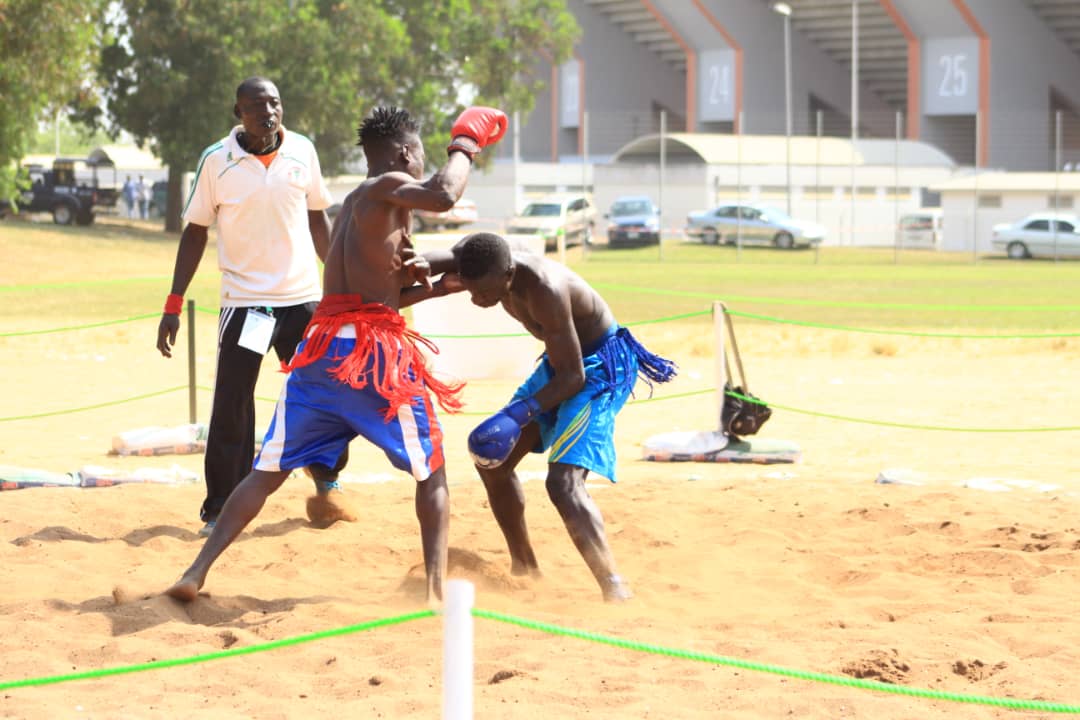 Kano State have improved its fortunes on the medals table at the ongoing National Sports Festival by dominating the proceedings in the Dambe Traditional Boxing event.

In the 55kg category, Bahagon Sanin Kurna from Kano was quite ruthless in his bout as he knocked down Aljanin Bahagon Musa within the first minute of the whistle.

In his own bout, Bahagon Yansanda (Kano) was also too much to handle for Bahagon Alin Tarara (Yobe) in the 75kg as he got the second gold for the Pyramid State and his opponent settled for silver.

Abdulrazaq Ebola got the third gold medal for Kano following his victory over Habun Bahago from Kebbi in the 100 kg.

Ebola could not defeat Habun easily as many had expected until the injury time when he landed the winning punch on his opponent to win gold.

In the 65kg bout, Garkuwan Cindo from Kano settled for silver as Kebi’s Bahagon Ondo from Kebbi snatched the gold

Edo State also got a rare gold in the 85kg where Mustapha Maitakwasara beat Ali Kanin Bello from Kano who had to make do with the silver.

At the close of activities on Tuesday, Kano already had seven gold, nine silver, and 10 bronze medals in the kitty.