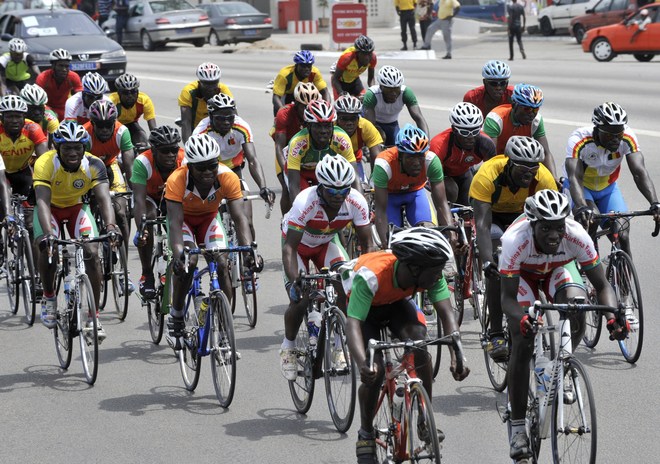 cyclists used to illustrate the story

Nigeria female cyclists on Sunday departed for Giro Delle Marche In Rosa Cycling Tour in Italy ahead of the Invitational Female Cycling Championship holding in that country.

Giandomenico Massari, President, Cycling Federation of Nigeria (CFN), told the News Agency of Nigeria (NAN) that the championship was slated to hold from September 11 to September 14.

He said that the championship was reserved for female cyclists, and that it was part of the CFN activities to expose and prepare the elite girls for upcoming international championships, including the Africa Games and 2020 Tokyo Olympic games.

Massari, who is the leader of Team Nigeria, said the team had five athletes, a coach and a technical director.

According to him, over 22 countries and 25 teams will take part in the championship and Nigeria is lucky to be invited.

“The championship will be in three stages and it will be challenging because we have altitude that is not a flat terrain.

“We are very proud of our girls and no matter what the outcome of the championship will be, it is an opportunity for Nigeria to tell the world that we can also perform well in cycling.

“We want people to start putting attention on our cyclists even beyond the continent and it is an opportunity for them to be seen and even recruited to be put in international team,’’ he said.

Massari said that the team had been in camp for four weeks, adding that the girls would make the country proud.