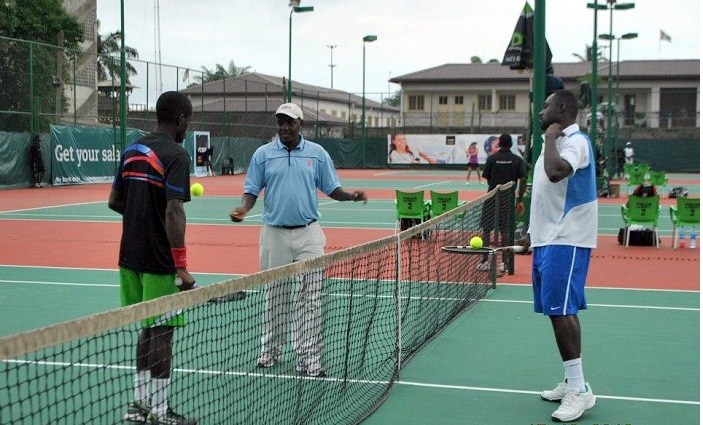 The first big step that would culminate in big tennis stars like Roger Federer, Andy Murray, Maria Sharapova among others playing on Lagos soil has been taken.

The annual Governor’s Cup Lagos Tennis tournament (GCLT) has been rebranded by the organisers and will henceforth be known as the “Lagos Open International Tennis Championships”.

The name change and other innovations geared at making the flagship tennis event in Lagos a global brand were revealed to journalists in Lagos on Tuesday.

The Chairman Working Committee for GCLT, Pius Akinyelure, said he was delighted that after 18 years a big leap is been taken for the annual tennis tournament.

He said: “I am happy to report that GCLT has attained manhood and I, and my colleagues on the CWC have started the process of catapulting the tournament onto the world stage.

“We are moving the tournament up to the Challenger Circuit. A little step after this and we would be having the likes of Rafael Nadal, Roger Federer, Novak Djokovic, the Williams sisters (Serena and Venus), Angela Keber etc. coming to our shores to compete.”

On his part, the Lagos Lawn Tennis President, Gbenga Lufadeju, said the rebranding was necessary to further increase the profile of the 100,000 dollars tournament which began 18 years ago.

Lufadeju said the tournament which was part of the Pro Circuit of the International Tennis Federation (ITF) had remained the flagship tennis competition in the country.

“Our club has been in existence for the past 123years and has remained active in the promotion of the sport.

“We have continued to demonstrate our preparedness to provide the best in all areas that pertain to tennis,” he said.

He said that the nine courts in the club have been refurbished to international standard, while a general facelift of the club premises had also been completed.

The president thanked the Lagos State Government and other sponsors for their contributions in sustaining the competition.

He, however, solicited for the support of the state on the club’s proposal to establish a world-class Youth Tennis Foundation to produce future world beaters in the game.

Also, Yemi Owoseni, the Vice-President of the Nigeria Tennis Federation (NTF), thanked the organisers for their steadfastness in staging the tournament.

Owoseni said that the competition which began in the year 2,000 had given the federation a good mileage to discover outstanding players over the years.

“The competition has remained the flagship of tennis development in the country, the NTF is proud to be part of the success story of this event.

“It has been of great importance to the federation,” he said

Over 40 countries are expected to participate in this year’s competition that is made of two futures, the F5 and F6.