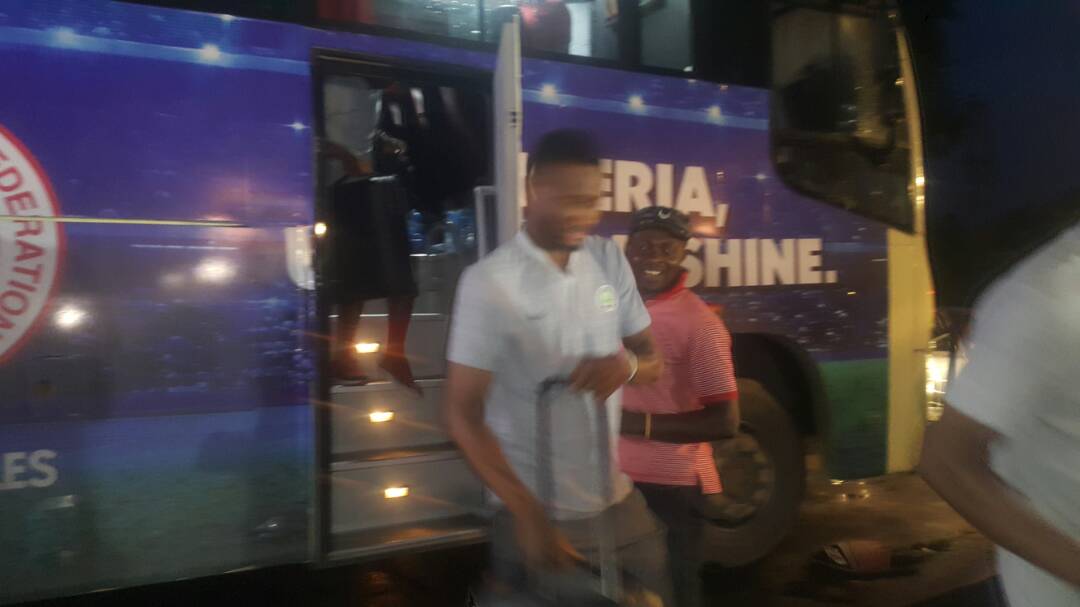 The Super Eagles have arrived in Port Harcourt ahead of Monday’s friendly against the Simab of DR Congo.

The team camped in Uyo since Monday arrived the Garden City on Saturday night and are lodged in the Le Meridien Hotel.

The Eagles’ delegation were hurriedly rushed to their rooms with no interview sessions with journalists who had eagerly awaited their arrival.

It is expected that the Eagles will train on Sunday ahead of Monday’s friendly which has been dubbed a World Cup valedictory match.

Nigeria’s squad includes captain Mikel John Obi, Ogenyi Onazi and Ahmed Musa – who all featured at the last World Cup in Brazil – as well as Olympic bronze medallists Abdullahi Shehu, William Ekong and Oghenekaro Etebo. They provide the spine for a young team that was actually the youngest to make it out of the qualifying series.

Monday’s clash will be the seventh official clash between both countries, with the most famous encounter being an Africa Cup of Nations battle in a sunny Dire Dawa, Ethiopia in March 1976, in which a young Eagles squad overhauled defending champions DR Congo (then Zaire) by four goals to two.