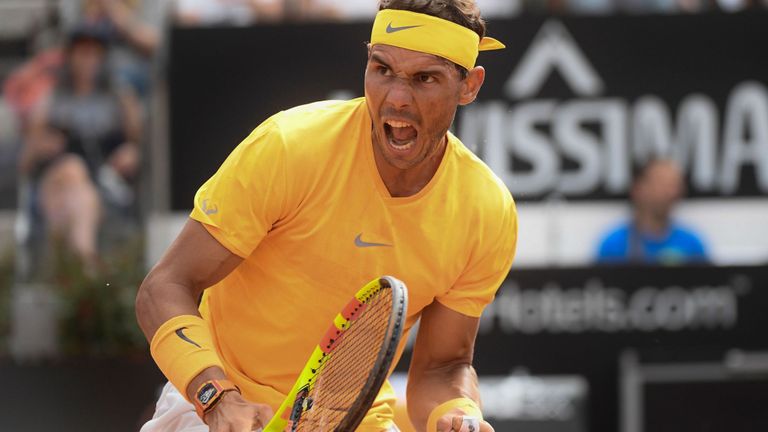 Rafael Nadal needed a rain break to regroup to get the better of Alexander Zverev on Sunday in the Italian Open Masters 1000.

Nadal prevailed 6-1 1-6 6-3 in two hours and nine minutes. Down 2-3 in the third set, the umpire called for a break after the rains came.

That break was all Nadal needed to rethink his strategy against the power-hitting German as Zverev never won a game after the resumption.

As Zverev was presented with his plate, he said though he was disappointed not to have finished the job, it was okay because he lost to the ‘greatest clay court player in history’.

Zverev was on a 14-match winning streak on clay before meeting the king of clay though he can now be aptly referred to as the prince of clay.

The eighth title in Rome sets Nadal up perfectly for the defense of his French Open title when that kicks off next week.

And he returns to world No.1 on Monday.

JAMB sets date for rescheduled examinations for over 12,000 candidates