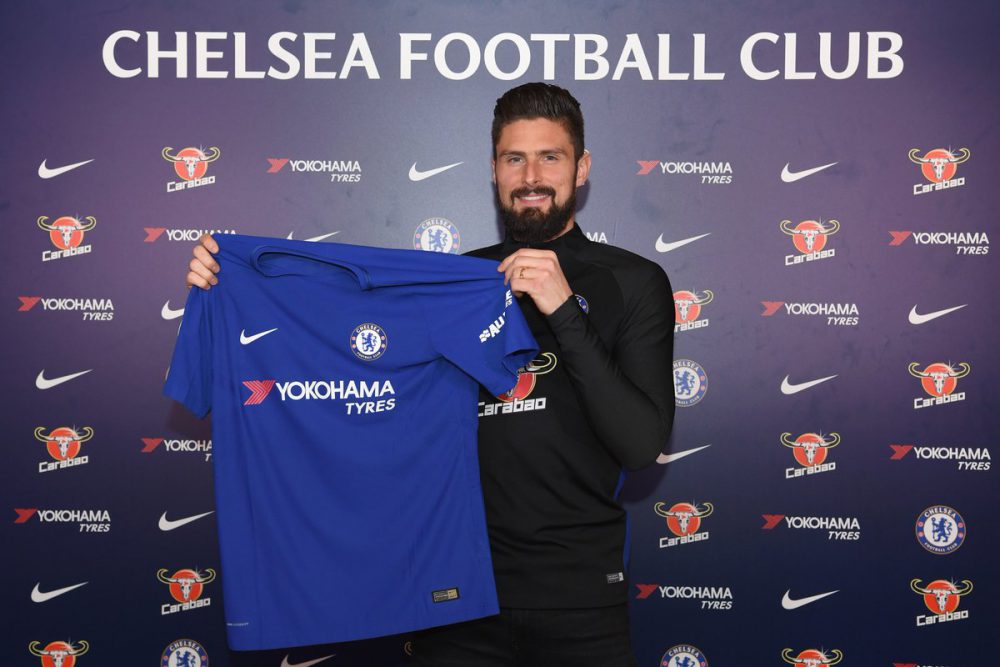 Olivier Giroud now has a new Nigerian teammate in Victor Moses having completed a move from Arsenal to Chelsea on Wednesday.

Chelsea have confirmed the signing of the French striker. He will be wearing the Number 18 jersey at the club.

It was also announced that the 31-year-old signed an 18-month-contract.

Giroud said: “Chelsea is one of the biggest teams in the Premier League. They have won maybe the most trophies in the last six or seven years. It’s a massive club and I am proud to sign for Chelsea, and I’m looking forward to playing.”

Chelsea’s director, Marina Granovskaia, added: “Olivier is a proven talent at the top level and we are very pleased to call him a Chelsea player.

“He has scored goals regularly throughout his career and is well accustomed to English football and the Premier League. We are sure he will be a fantastic signing.’

Interestingly, Giroud had another Nigerian teammate, Alex Iwobi at Arsenal and would now be hoping for better things with Moses going forward.