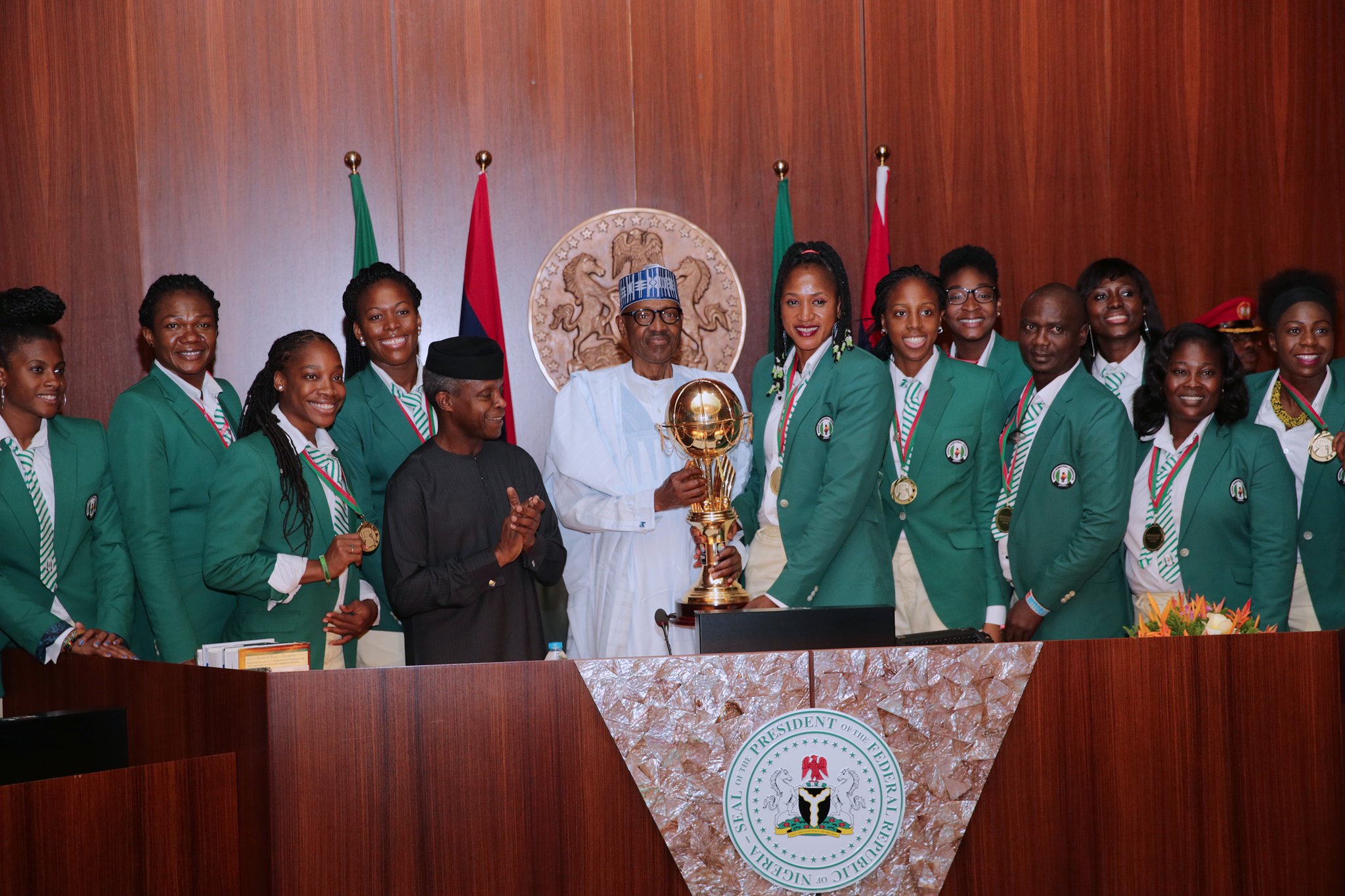 President Muhammadu Buhari on Wednesday hosted the players and officials of the D’Tigress, the Nigerian women basketball team.

The team recently emerged African champions, the first time in over 10 years.

The president also promised each of the victorious players N1 million while each official of the team will get N500,000.

The President, after announcing the donation in Abuja shortly before the commencement of the Federal Executive Council, FEC, meeting urged the team to remain focused.

“You should work towards winning the forthcoming 2018 FIBA Women’s Basketball World Cup in Spain,” he said.

In his remarks, the Minister of Sports, Solomon Dalung, attributed the achievement of the D’Tigress in Mali to the “silent reforms” embarked upon by his ministry.

He said his ministry was determined to restore the old glory of sports in the country.

President Buhari had on Monday, in a statement, congratulated the senior national women basketball team for winning the 2017 FIBA Women’s AfroBasket in Mali.

The News Agency of Nigeria reports that the team had, with the victory, also qualified for the 2018 FIBA Women’s Basketball World Cup in Spain.

The President commended the players for displaying “uncommon strength and confidence’’.

He had urged members of the team and their handlers to remain focused and dedicated even as they prepared for greater glory to Nigeria at the forthcoming FIBA World Cup.

The D’Tigress had beaten Senegal 65-48 points in the final to win the competition.

The team had recorded no loss in all their games before reaching the final.

The last time Nigeria won the competition was in 2005, after their first win in 2003.

UNILORIN, ABU are Nigeria’s most sought after universities