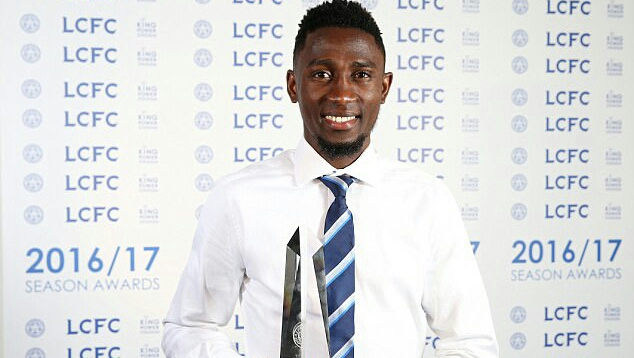 Nigerian international, Wilfred Ndidi, has been voted as Leicester City’s Young Player of the Year.

At an award ceremony held on Monday night, Ndidi saw off his other contemporaries to emerge the top gun in that category.

Ndidi won the prestigious award despite just joining the Foxes in January from Belgium.

The Nigerian midfielder joined Leicester City from Genk in a deal worth £18 million and soon became a crucial member of Craig Shakespeare’s side.

He made 15 appearances in the Premier League, scoring two wonderful goals.

Speaking with Leicester City TV after receiving his laurel, Ndidi suggested that his other teammates were also deserving of the award bestowed on him.

“It’s so great to be rated alongside Demarai Gray and Chiwell,” said Ndidi, whose goal against Stoke City was also nominated for the goal of the season award.

“I believe if they had enough chances to play probably they would have won the award.”

On his part, Danny Drinkwater scooped the Goal of the Season award for his strike against Liverpool.