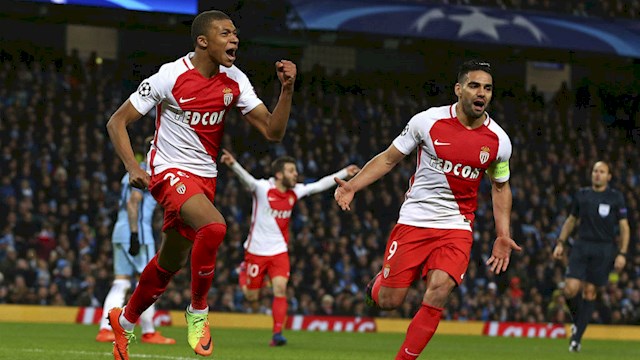 The average age of Massimiliano Allegri’s Juventus is 28, although the expected back five of Giorgio Chiellini, Dani Alves, Gianluigi Buffon, Leonardo Bonucci and Alex Sandro, have a combined age of 160.

For Leonardo Jardim’s Monaco with an average age of 25, this semi-final encounter is a new experience.

The last time the team based in a tax haven got as far as this was 2004 – they made it all the way to the final but lost to Jose Mourinho’s Porto.

Former Nigeria international, Victor Ikpeba, told PREMIUM TIMES that his team was robbed the last time these two sides faced each other. He said he believes that if the side from the municipality hold their nerves they have a great chance of beating the ‘Old Lady’.

“The semi-final is a lot of things. It’s an adventure but it’s also down to the work we’ve put in over the last ten months. We played four matches to reach the group stage.”

Jardim is confident his side can succeed where Barcelona failed – scoring against a side that has conceded just two goals in 10 UCL matches this season.

“Juventus are very different to Dortmund and City. Those clubs are more attack-minded and less focused on defence. We’ll need to pay attention to transitional phases in both defence and attack. When they’re well set up they are difficult to score against so we’ll need to move the ball quickly going forward.“

Allegri, though is wary of the experience of Monaco’s captain, Radamel Falcao and the ball wizardry of Bernardo Silva.

“Monaco’s attack has stats that speak for themselves. Falcao is great in the air and someone like Bernardo Silva is now much better than when we last met.“

“Monaco score a lot of goals, especially at the end of matches. We have a lot of respect for Monaco and we know that to go through we’ll have to play two great games,” Allegri added.

Whilst we do not believe that it would be a case of attack versus defence – Monaco have scored 28 goals while Juventus have conceded just two. It should be a truly absorbing affair.

PREMIUM TIMES names ombudsman board for public oversight of its journalism