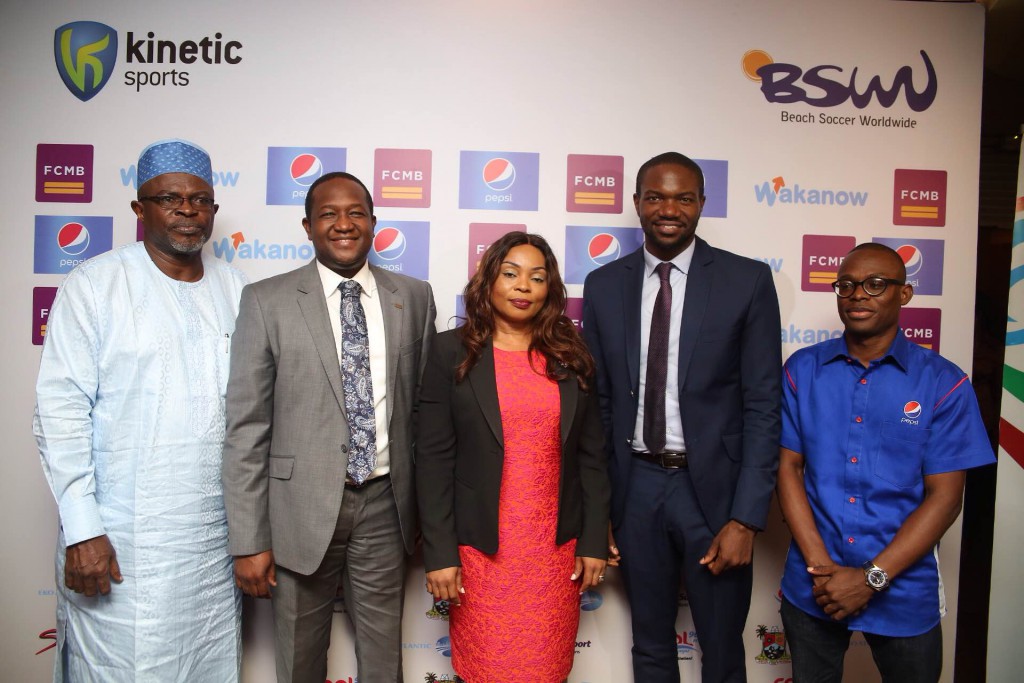 The annual beach soccer tournament, organized by Kinetic Sports, will hold on December 11 at the Eko Atlantic City.

This year’s event will feature three matches namely, the Club Challenge between Enyimba FC and the Pepsi Football Academy, as well as the Celebrity Match between Super Eagles ex-Internationals and popular Nigerian celebrities.

The final game will be between the Super Sand Eagles and the national beach soccer team of Switzerland, led by Dejan Stankovic, 2016 beach top soccer scorer in the world, with 63 goals in 28 matches.

Samson Adamu, Managing Director of Kinetic Sports, explained that the 2016 COPA Lagos will be a day event instead of the 3-day activity it has been from inception.

“This year’s edition is a one day event because of the upcoming CAF Beach Soccer Africa Cup of Nations tournament – which also serves as the FIFA Beach Soccer World Cup qualifier for Africa.

“Our dream is to make Copa Lagos bigger than just a beach football tournament, and a major spectacle that will put Nigeria in the global tourism space and promote beach lifestyle in Lagos.” Mr. Adamu stated

Even though it is a one-day affair, he promised that this year’s edition of the tournament will be more exciting than the previous ones as organisers have diversified its scope beyond beach soccer games to include an experiential event for all participants and attendees amidst the multi-faceted activities to be enjoyed.

As a prelude to COPA Lagos, Kinetic Sports has also lined up several interesting activities including a CSR event, tagged “Clean the Beach”, which is aimed at conserving the beach, encouraging cleanliness in the environment and preserving marine life.

The exercise will involve over 200 people, including football players, staﬀ, sponsors and other volunteers.

A Beach Soccer Kids Clinic – a training and mentorship programme for kids in Lagos State is also being organised.

The initiative will bring together over 100 kids between the ages of 8 and 14 years to the beach to play football with beach soccer stars and celebrity players acting as coaches and will teach them the importance of sports for mental development and education.

The exercise is in partnership with the Lagos State Sports Commission who will bring the kids from various schools in Lagos State.

Other activities include a grand reception, media tour, after party, fashion show, flash mob, ride with me, after party and a concert.