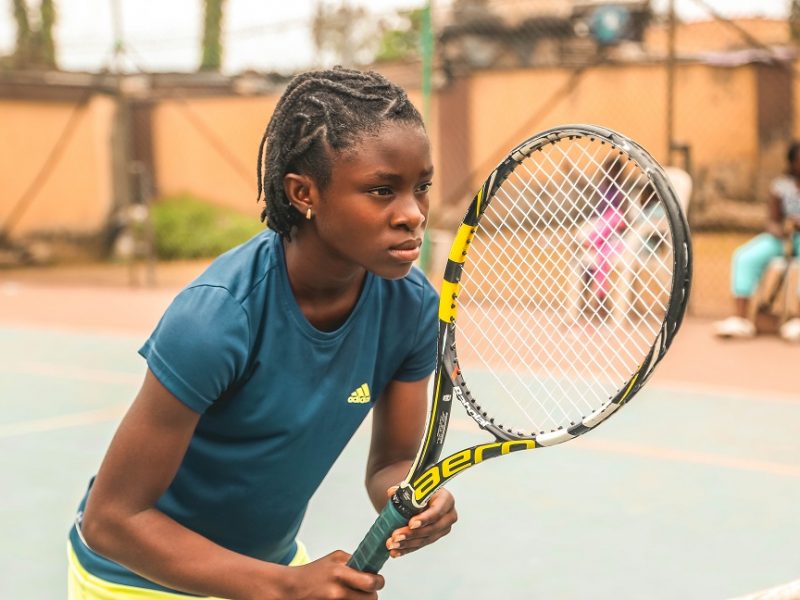 Budding young tennis talents have be accorded a platform in this year’s Governor’s Cup Lagos Tennis Championship which is set for a thrilling climax on Saturday at the Lagos Lawn Tennis Club, Onikan.

As part of effort to expose kids early to the rudiments of tennis, the Local Organising Committee, LOC, of the Governor’s Cup put together a mini tournament tagged Junior Tennis.

According to the coordinators of the mini tournament, Uzor Okiti and Sunday Igbinovia, the two-day tournament, which will end on the final day of the Governor’s Cup on Saturday, has produced finalists in the U-10 boys, U-12 boys, U-14 boys and U-14 girls.

Smith Manriya will play against David Udoh in the U-10 boys final, while Joseph Fortune will slug it out with Sadiq Kishimo in the U-12 boys.

In the U-14 boys, Emmanuel Ekon will play against Terry Daz, while Toyin Asogba and Peace Udoh will play in the U-14 girls final.

Tournament Director of the Governor’s Cup Lagos Tennis, Wale Oladunjoye said that winners in all categories will be given quality bags and rackets for keep. He urged them not to relent in their effort to master the art of the game after the competition.

He said that the winners will be presented with their gifts during the closing ceremony in the presence of the Governor of Lagos State, Akinwunmi Ambode.

No fewer than 75 junior players were selected for the Junior Governor’s Cup Tennis.

Meanwhile, Spain’s Enrique Lopez-Perez and Tadeja Majeric of Slovakia are on the verge of winning the second leg (Futures 6) of the 16th edition of Governor’s Cup Lagos Tennis Championship.

Lopez-Perez and Majeric were outstanding in the first leg (Futures 5), claiming the top prizes of both the men’s and women’s singles and this weekend, the two players are on course to win the competition back-to back-within two weeks.

In their respective semi finals on Friday, Lopez-Perez fought hard to beat Tunisian Moez Echargui in a game that ended 6-1,3-6,6-0.

The Spaniard has thus set up a final clash against Calvin Hemery of France, who defeated compatriot Gianni Mina in straight set of 6-1,6-4.

On the other hand, Majeric had an easy ride over Julia Terziyska from Bulgaria in another straight set of 6-4,6-2.

She will now battle against her opponent in last weekend’s final, Conny Perrin of Switzerland.

The Swiss tennis star upset number one seed in the women’s category, Valentini Grammatikopoulou from Greece in a game that ended 6-3,6-1 to book her place in Saturday’s final.

As stated by the organisers, the Governor of Lagos State, Akinwunmi Ambode, will be in attendance to watch the final of the men’s singles which serves off by 3 p.m., while the women’s singles final would have commenced by 12:30 p.m.

Early on Saturday, the media tennis, an exhibition game, will also be played where the likes of Segun Odegbami and other journalists will take to the courts to show their tennis playing skills.