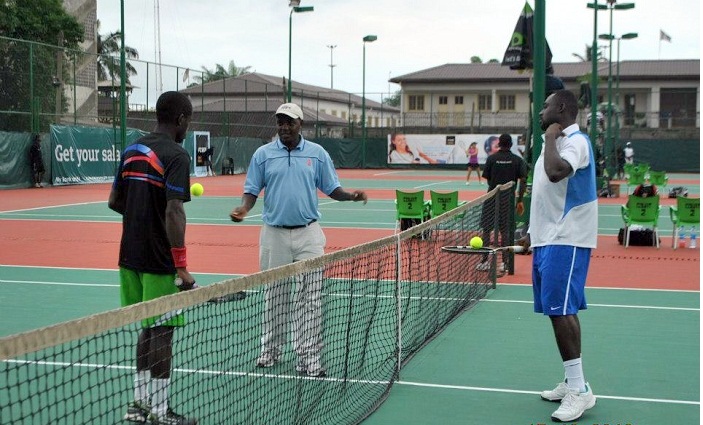 Some Nigerian male players have qualified for the quarter final of the men’s doubles event of the first leg (Futures 5) in the ongoing 16th edition of Governor’s Cup Lagos Tennis Championship.

Henry Atseye and Enosoregbe Clifford will play against the duo of Tunisian Moez Echargui and Egyptian Karim-Mohamed Maamoun in Wednesday’s quarterfinals at the Lagos Lawn Tennis Club, Onikan.

On their part, Thomas Otu will be pairing with Kofi Tsatsu Segbedzie from Ghana. They will slug it out with Spanish Lopez-Perez Enrique and Boy Westerhof of The Netherlands.

Meanwhile, the quest of some Nigerian players to make impact in the singles event, especially the men’s, is getting tougher by the day as some of them who made it to the second round will have to contend with tough oppositions if they want to play in the quarter finals.

Christopher Anefu will play against tournament number 3 from Egypt, Karim-Mohamed, while Henry Atseye will have his hands full when he faces Boy Westerhof, who is number six seed.

In other second round pairings in the men’s singles, number one seed, Spain’s Enrique will play against Duncan Mugabe of Uganda, while number five seed, Mina Gianni from France, will face Pavel Mirobyan from Russia.

The results of matches of the first round that were concluded Tuesday were not favourable to the Nigerians taking part in this year’s Governor’s Cup.

Moses Michael failed to live up to expectations as he was humbled by France’s Calvin Hemery in straight set of 6-3,6-2.

Moses confessed in the post match interview that the French player was better than him.

“I lost to a player who did not allow me to play at all. I tried my best but he played better than me and there was nothing I could do to help the situation,” said Moses.