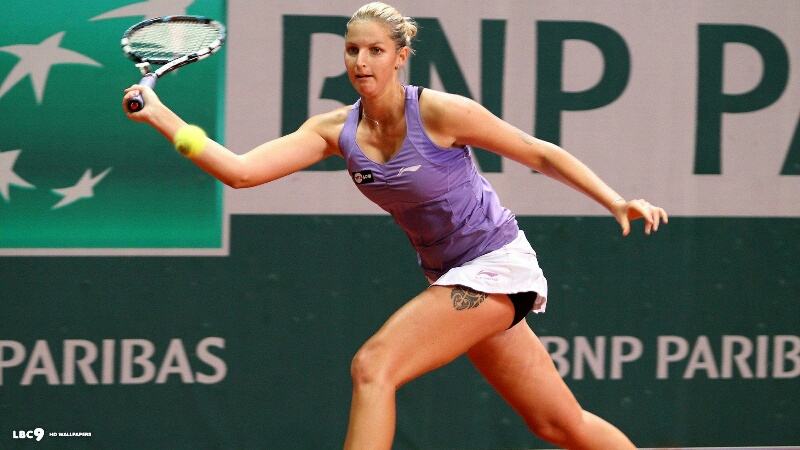 Karolina Pliskova ruined any chance of another Flushing Meadows sister showdown as she claimed a dramatic 4-6 6-4 7-6(3) win over sixth-seeded Venus Williams on Monday.

The News Agency of Nigeria reports that the win enabled Pliskova to reach the U.S. Open quarter-finals.

At 36-years-old and the oldest remaining player in the draw, Williams battled until the bitter end as her 24-year-old Czech opponent needed five match points and nearly two-and-a-half hours.

Adding to the suspense, Williams also had a match point opportunity of her own which she failed to convert.

“You can have a few good matches but to win matches like this, it takes some time,” said Pliskova, who has developed a reputation as a Grand Slam under-achiever having never been beyond the third round until this year’s U.S. Open.

“You need to have experience definitely on the big stages, on the big tournaments. That was the biggest stage that I’ve played. In the States, obviously against American girl, I knew it’s going to be tough.

Since the draw was unveiled, tennis fans had circled a potential semi-final between the sport’s most famous siblings on American tennis’s biggest stage.

On this stage, world number one Serena and Venus have met five times, including twice in the finals.

Now it is 10th-seeded Pliskova, who will play Poland’s Agnieszka Radwanska or Croatia’s Ana Konjuh in the quarters.

She will need to complete a Williams double to reach her first grand slam final.

Serena, looking to continue her drive for a record seventh U.S. Open title, booked her spot in the last eight with a ruthless 6-2 6-3 win over Kazakhstan’s Yaroslava Shvedova.

She has thus set up a meeting with Romanian fifth seed Simona Halep.

The match between Pliskova and Venus Williams got off to a tepid start but by the time the two players had reached the third set both had found their rhythm.

This thus elevated the contest into an engrossing battle of the highest quality.

With Pliskova serving to stay in the match at 4-5, Williams had the first chance to close out the contest but could not convert as the Czech fought back to extend the contest.

If there were any questions about how fiercely the competitive fires burn within Williams after 18 U.S. Opens, she answered them all in the 11th game.

With Pliskova up 6-5, 40-0 a fearless Williams fought off three match points to force a tie-break.

“Just to keep fighting and never to give up,” said Williams. “That was definitely my mindset at that point. Just try to keep winning points.”

In the tie-break, Williams did not so much run out of gas as ideas against Pliskova.

The Czech had come into the year’s final grand slam off the biggest victory of her career in Cincinnati, where she upset Germany’s Angelique Kerber in the final.

Even so, Pliskova would still need two more match points, Williams saving the first with the help of a challenge before she had no answer on the next.