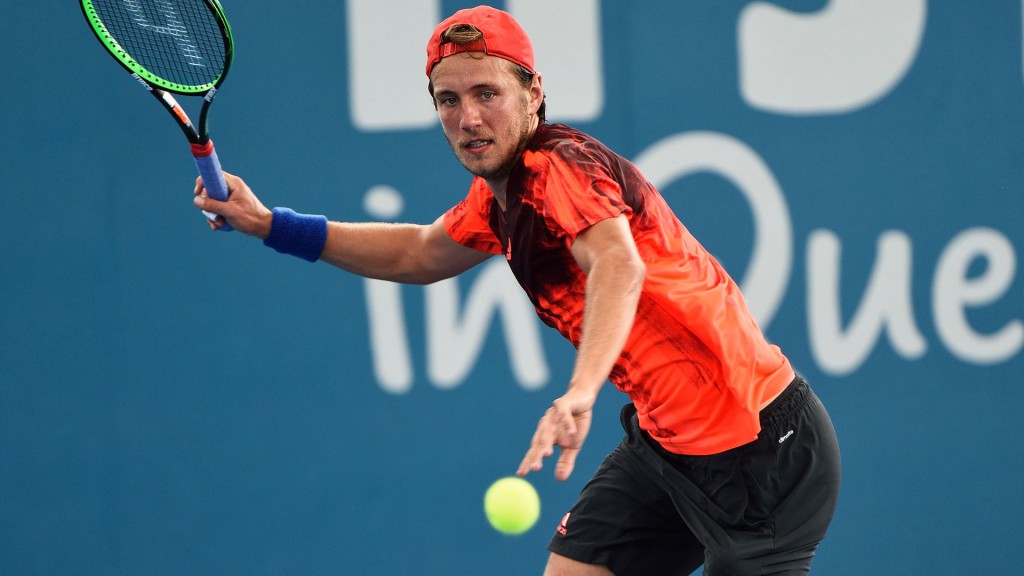 Displaying poise beyond his years, the 22-year-old Pouille took charge early and led two sets to one, then rebounded after sagging in the fourth set.

Playing his third consecutive five-set match on Sunday, the 24th seed Pouille showed that his quarter-final advance earlier this season at Wimbledon was no fluke.

“It’s my first match on the centre court, against Rafa,” Pouille who is still looking for his first ATP Tour title, said in an on-court interview.

This was after he had dropped flat on his back in celebration after his forehand winner ended the marathon on his fourth match point.

“I couldn’t dream better than this.”

The see-saw battle carried all the way into the fifth-set tiebreak, reached after Pouille answered Nadal’s opening game service break with one of his own in the eighth game.

In the tension-packed decider, the Frenchman rushed out to a 4-1 lead.

Double U.S. Open winner Nadal drew within 4-3 but a forehand winner by Pouille made it 6-3 for triple match point.

Nadal, who has made an extraordinary comeback from a wrist injury, fought them all off to make it 6-6.

The injury had forced him to retire before his third-round match at Roland Garros and withdraw from Wimbledon.

The Spaniard looked poised to reach match point himself when he came in on a short ball and looked set to unleash a winner.

But his forehand found the net and Pouille made no such mistake on his big swing that finished the match.

“I learned that it’s never over until the last point,” said Pouille.

“I was a break down in the fifth, I came back and led 6-3 in the tiebreak and he came back. Yeah, it’s never done until the last point is over.’’

On his part, Nadal said: “I fight until the end, until the last ball. Was a very close match. I congratulate my opponent, he played with better decisions than me the last couple of points.”

“He’s a player that has all the shots. He’s a potential top 10 and good fight for the big things the next couple of years, if he’s able to keep playing well, keep improving.’’

Monfils advanced with a 6-3 6-2 6-3 victory winner against unseeded Marcos Baghdatis of Cyprus, and has yet to lose a set in the tournament.