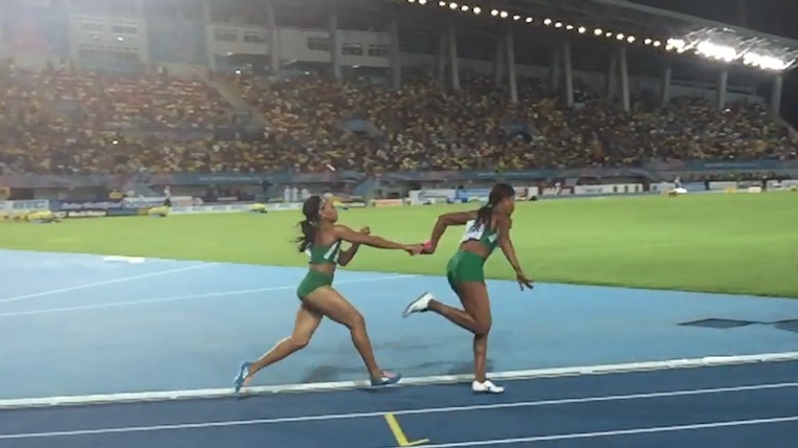 The final chance of Nigeria winning a medal in athletics at the ongoing Rio Olympics evaporated early Saturday morning as the country finished last in the 4x100m Women’s relay final event.

After making it into the final in a stunning fashion, finishing second behind Germany, there was great optimism that Team Nigeria could salvage something from the tracks; perhaps a bronze medal.

However, that was not to be as the time of 43.21s posted by the running quartet of Blessing Okagbare, Gloria Asumnu, Agnes Ozasuwa and Jenifer Madu saw them finishing first from the rear.

The latest disappointment captures the dwindling fortunes of sports and in particular athletics in Nigeria as the country failed to win any medals at Olympic athletics in eight years.

This is a clear departure from the ‘norm’ when the likes of Chioma Ajunwa, Falilat Ogunkoya, Mary Onyali and more often the relay teams always ensured that Nigeria consistently returned with at least a medal from every other Olympic Games.

It is even quite mind boggling that while at least making the finals was a custom for the country’s athletes in the past, same cannot be said of the outing in Rio.

Only Ese Brume in the Women’s Long Jump and the 4x100m Women’s relay could go through to the final, with Brume being the ‘top’ performer with a 5th place finish.

That Nigeria had poor preparation heading to the Rio Olympics cannot be over emphasised and it is expected that the needful would be done as promised by the Sports Minster heading to the 2020 Olympic Games.

As it stands, Nigeria’s chances of winning any medal now lies in the football team that will play Honduras on Saturday as well as the other wrestling bout to be decided on Sunday.