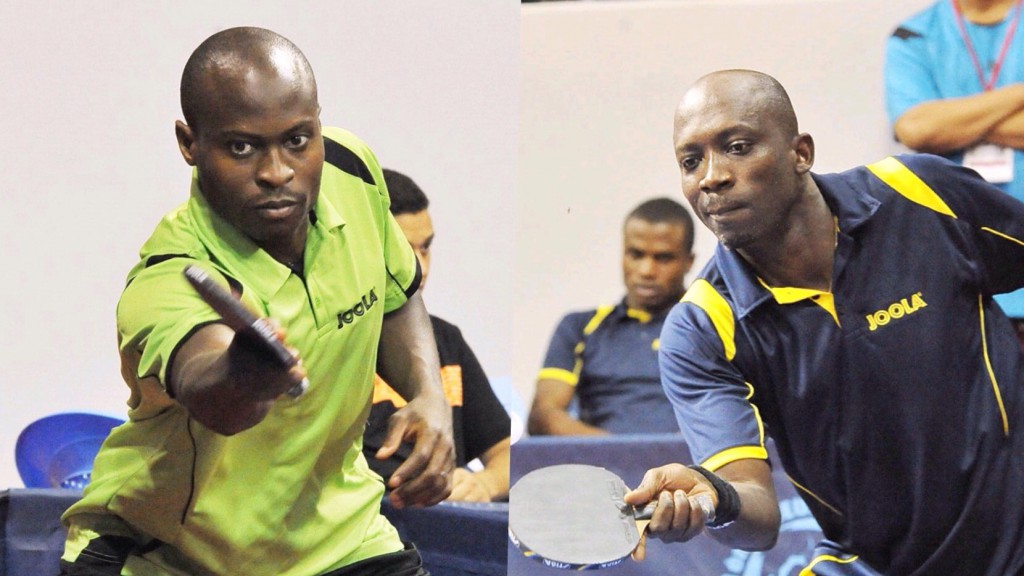 Nigeria’s Olympics campaign in table tennis is over but not without some world recognition for the country’s Segun Toriola.

The trio of Aruna Quadri, Toriola and Bode Abiodun were roundly beaten 3-0 by China in the men’s team event.

Having proved bookmakers wrong in the singles’ event in which Nigeria produced the first African to make it to the quarter finals, expectation were high in some quarters but the defending Olympic champions, China, gave no room for errors as they dominated the match from start to finish.

Quadri, who played the second game, was the only player who forced a fourth set against Ma Long ending their match at 3-1.

With the defeat, Table Tennis event has ended for Nigeria at these Games with thw team ranked 9th. The women’s team did not qualify for the team event.

Despite the disappointment of an early exit there was something to cheer on the night following the special recognition accorded legend, Toriola.

A colourful presentation was held at the Riocentro Pavilion 3 in Rio where Toriola was joined by three other table tennis stars that have competed in seven Olympic Games; Zoran Primorac (Croatia), Jörgen Persson (Sweden) and Jean-Michel Saive (Belgium) as well as ITTF helmsman.

For Toriola, he hopes that his award can inspire more athletes to aim for the best in their career.

“It is a privilege to be next to you both and receive such recognition. I am proud to be in the 7 club with such champions and I hope I can inspire more kids to start playing table tennis around the world. Thank you ITTF for this trophy and everyone for your kind words,” an elated Toriola said after the award.”

Barcelona 1992 was where Toriola made his Olympic debut before starring four years later at Atlanta 1996, where he beat Chetan Baboor (India).

Toriola was also present at Sydney (2000) and at the 2004 Games in Athens he overcame Argentina’s Pablo Tabachnik to reach round two of the Men’s Singles competition.

Beijing 2008 saw Toriola achieve his personal best finish at an Olympic Games, progressing through to the third round of the singles and beating Joao Monteiro (Portugal) and Jean-Michel Saive in the process. 2008 was also the first Olympic Games to introduce the Team Event but while Toriola’s Nigeria won 3-2 against Russia and a swift exit followed.

After winning his preliminary round match against Canada’s Andre Ho, Toriola was drawn to play Sweden’s Jörgen Persson in round one of London 2012 but, unfortunately for the Nigerian player, that was as far as he could go as Persson won in five ends.

At Rio 2016, where he competed in his seventh Games, Segun Toriola knew that he carried some media interest heading into the Men’s Singles tournament and he caused a round one upset by defeating Dimitrij Prokopcov (Czech Republic) 4-2, a player placed 41 spots higher on the ITTF world rankings list (79th).

Toriola then gave Japan’s Koki Niwa an exit scare in round two, but it wasn’t to be for Toriola as the Japanese contestant won in six games.

What I owe Nigerian youth — Buhari