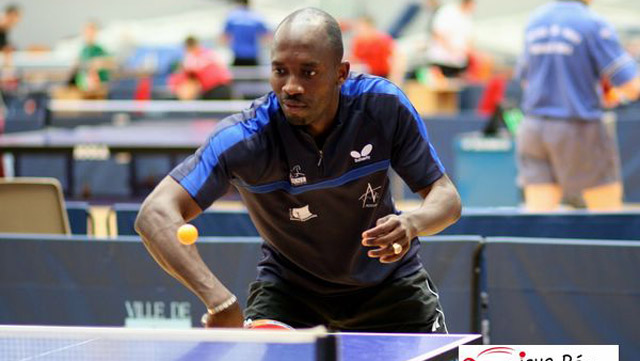 One of Nigeria’s medal hopefuls in the table tennis event of the Rio Olympic Games has crashed out.

Segun Toriola, who advanced to the second round in the male singles on Saturday, was beaten 4-2 by his Japanese challenger, Niwa Koki, on Sunday.

Toriola, 41, beat Koki 9-11 in the first set before the Japanese rallied back to dominate the second set 11-5.

Koki also won the third set 11-7 before Toriola triumphed in the fourth set, leaving scores at 4-11.

At that point, it appeared the Nigerian would overpower his challenger for the rest of the match. But Koki was in no mood to concede.

The Japanese overpowered Toriola 11-6, 11-1 in the fifth and sixth sets respectively to bring total scores at 4-2.

Toriola was one of Nigeria’s medal prospects and his ouster is a big setback for Nigeria’s ambition to return home with medals.

Toriola, who is making a record appearance in the competition, had on Saturday beaten Dmitrij Prokopcov of the Czech Republic 4-2 in the Men’s Singles Round One.

Two Nigerian female table tennis players, Funke Oshonaike and Edem Offiong could only go beyond the preliminary round of the women’s singles.

Oshonaike crashed out in the Women’s Singles Round 1 after losing 2-4 to 15-year-old Adriana Diaz of Puerto Rico.

Earlier, in the Women’s Singles Preliminary Round, she had beaten Mariana Sahakian of Lebanon 4-3 to advance from a topsy-turvy game.

But her Lebanese opponent rallied back to win 11-8, 11-9 to draw level at 3-3, before Oshonaike won the tie with an 11-8 victory in the seventh game to advance.

On her part, Offiong lost 1-4 to Viktoria Pavlovich of Belarus, after winning the first game 11-5.

Why kerosene sells for N200 per litre — NUPENG

Why we abducted Lagos monarch — Suspects