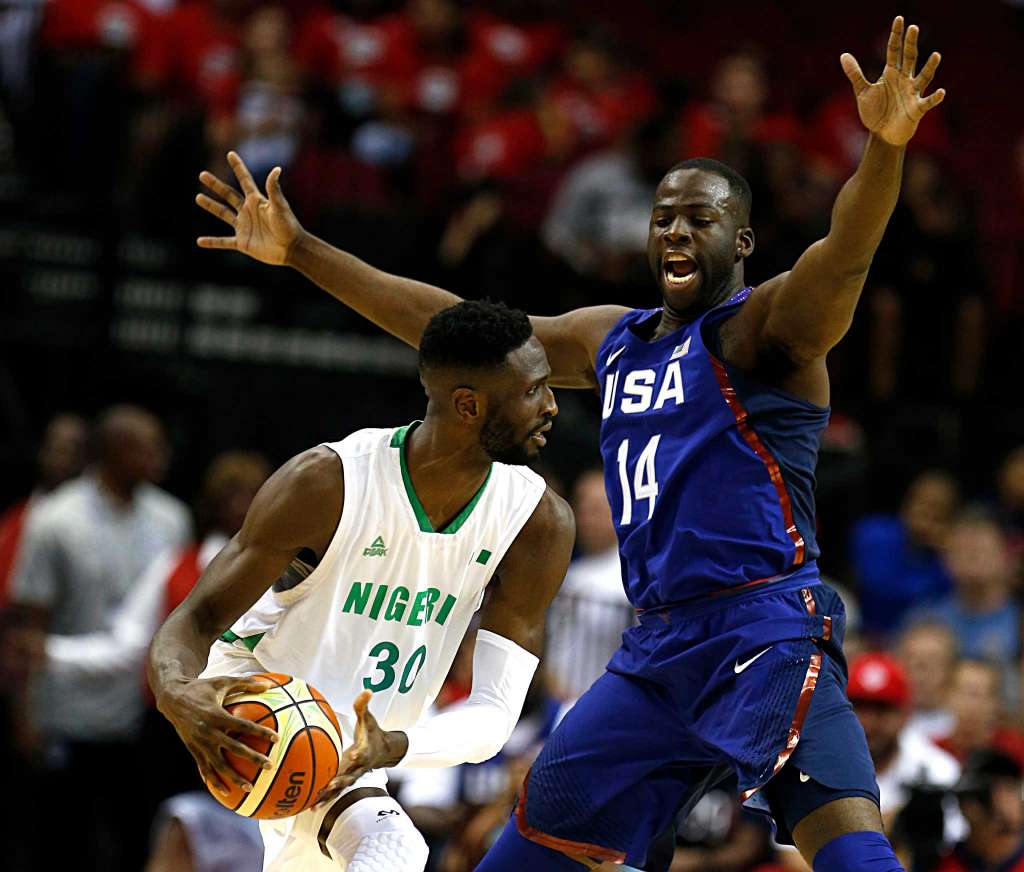 The Nigeria men national basketball team, D’Tigers, were roundly beaten 110-66 by their American counterparts as both teams rounded off their preparations for the Rio Olympics with a friendly in the early hours of Tuesday in Houston, Texas.

As much as six players in the American team finished in double figures in the friendly against the D’Tigers, who would at least be happy they were not mauled same way when they played the Americans at the last Olympics in London.

It was Carmelo Anthony that led the board for the Americans , with a team high 19 points.

Kyle Lowry had 11 assists and Jordan grabbed nine rebounds in the victory at the Toyota Center arena in Houston, Texas as the United States team look much ready for another gold medal winning feat in Rio.

The Americans’ buildup to the Rio de Janeiro Games included five straight exhibition wins, but just one came against an opponent ranked in the top 10 in the world.

Venezuela is in the first-round group with the USA, China, Australia, France and Serbia.

The Americans play the Chinese again to open the Rio Olympics on August 6 and also meet Venezuela again.

The Nigeria team also have some positives to pick from their preparatory games which included two wins of China.

At the Rio Olympics proper, D’Tigers are in Group B alongside hosts, Brazil and London 2012 Olympics Silver medallists, Spain.

Argentina and Lithuania complete the roster of teams to face Nigeria in the Group phase.