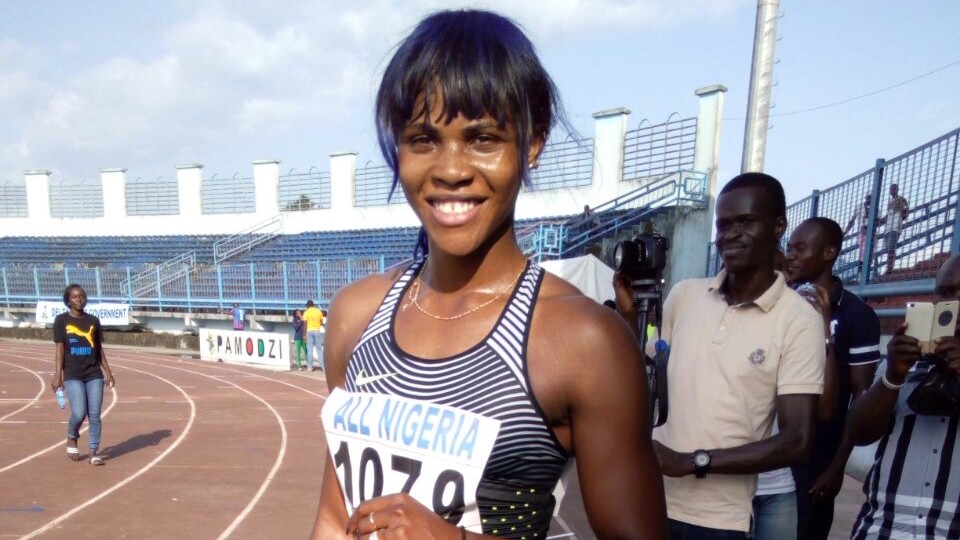 Blessing Okagbare on Thursday claimed her seventh national title as she won the Women’s 100m event in 11.02secs at the ongoing All-Nigeria Championships in Sapele, Delta State.

Okagbare, who was conspicuously missing during the 2015 All-Nigeria Championships in Warri, left no one in doubt that she was back to wrestle away her title from last year’s winner, Gloria Asumnu, when she effortlessly won her semi-final race with a time of 11.22secs.

Before Friday’s feat, Okagbare’s Championship record was 11.06 which she set while she won the 2010 edition of the All-Nigeria Championship in Calabar.