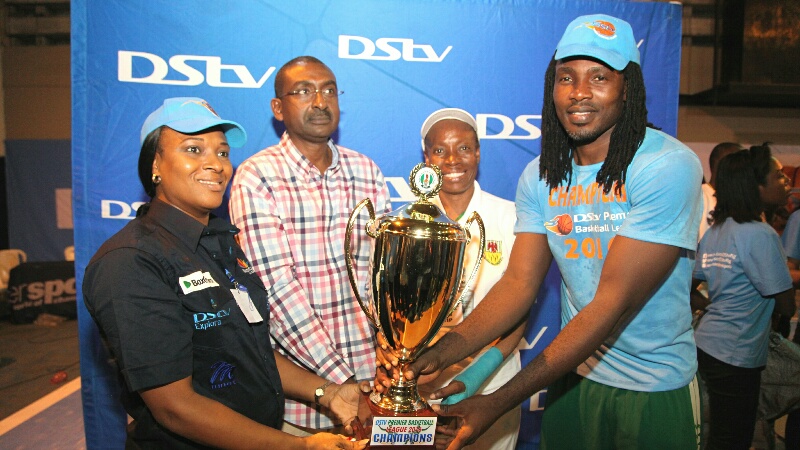 Players and officials of Kano Pillars are in celebration mood after reclaiming the DSTV Premier League Basketball title with a convincing 71-53 victory over Nigerian Customs over the weekend at the Indoor Sports Hall of National Stadium, Surulere, Lagos.

Speaking with PREMIUM TIMES after their latest triumph, Pillars Coach, Sani Ahmed, said he was elated to end this season on a high after losing out to Mark Mentors last season.

The coach, who commended the Nigeria Customs for their display in the final match, said the next target for his team is to represent the country well on the continent.

“We are very happy to reclaim the title; I must commend Nigeria Customs for giving us a good fight but the attention now is for us to do well on the continent,” the veteran coach declared.

Pillars have two FIBA Africa Champions Cup bronze medals (1985 and 1987) in their collection.

On his part, Customs coach, Scott Nnaji, accepted the defeat honourably as this was the first time the team would be going this far.

He said, “The Pillars have been at this stage many times before and so they understood how to handle every situation. We were just playing our first finals in a long time and it should tell in many ways.

“The advantage we lacked was playing together for a long time and get both local and international exposures like our opponents today.”

Chioma Afe, Marketing Manager, DStv, praised all the teams that made it to the Final 8 in Lagos as she reckoned that they all gave their best to make the 2015/16 season quite memorable.

For Mrs. Afe, the electrifying atmosphere in the final where fans were treated to the beautiful game of basketball as well as all-round entertainment will be sustained and even improved upon in the coming seasons.

“I will like to congratulate all the teams especially Kano Pillars that emerged as Champions yet again, this has been a remarkable season and there are a lot of positives for us all,” she submitted.

Meanwhile, Abubakar Usman of Kano Pillars was voted the MVP for the Final 8 playoffs while his teammate Ibrahim Yusuf got the Award for the Best Assist.