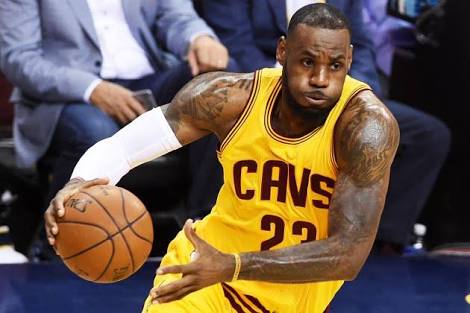 Finally, LeBron James led his home side, Cleveland Cavaliers, to their first NBA title after a 93-89 win over the Golden State Warriors on Sunday.

And he did it the hard way, rallying his teammates from a 3-1 in the best of seven-game series deficit, becoming the first team to rally from being 3-1 down in the final to win the title.

James had ‘abandoned’ the Cavaliers in 2010 after seven fruitless years in search of a title and moved to the Miami Heat, where he won back-to-back titles but the lure of home was too strong and he returned to Cleveland in 2014.

He then led them to the finals last year but were defeated by the Warriors but the man many call King James finally delivered with a triple double to beat the Warriors in Game 7, played on the Warriors’ court.

The game was a tight affair as both teams exchanged leads 20 times over the course of the game.

After the game, James told courtside reporters, “I’ve had [this] goal for two years since I came back to bring a championship to the city.

“I gave it everything that I had. I poured my heart, my blood, my sweat and my tears into this game.”

Many had predicted a sweep at the beginning of the series because the Warriors dominated Cavaliers during the regular season and when the series went to 3-1 and Warriors had home court advantage in Game 5, many predicted it was over.

But James never gave up. “I knew what we were capable of, even being down 3-1 versus the greatest regular season team ever.

James was named the Most Valuable Player [MVP] in the finals and the celebration in Ohio will be on for a long time as the Cavaliers’ win ended 52 years of frustration for the city of Cleveland that had been denied any sort of sporting triumph since 1964.

SEVEN THINGS: Zamalek scalp Enyimba and the other events that caught our eyes last week