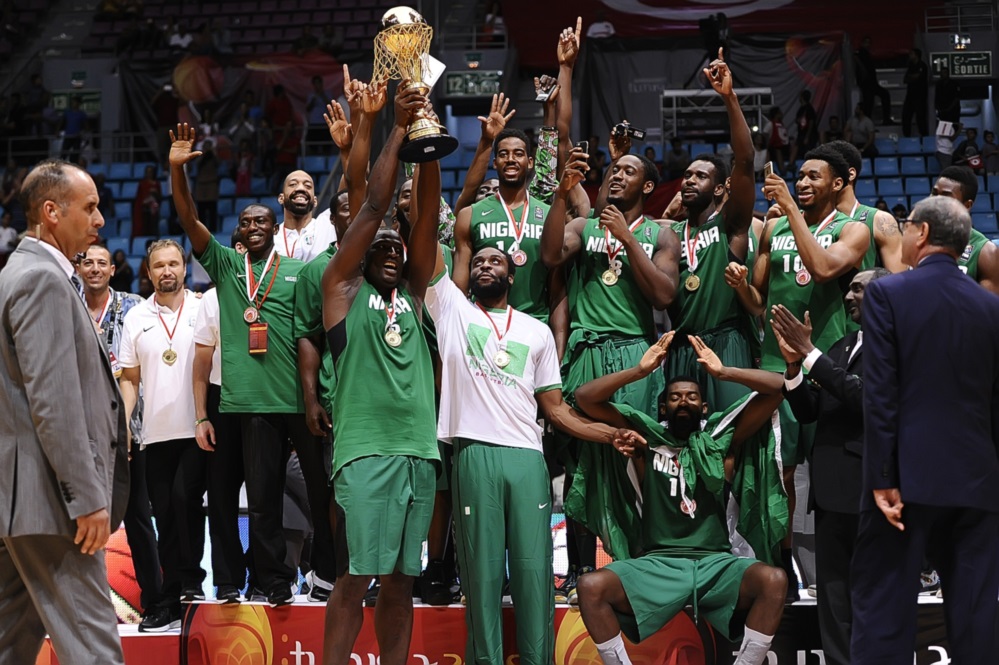 President Muhammadu Buhari has congratulated the national men’s basketball team, D’Tigers, on their victory over Angola in yesterday’s final of the FIBA Africa Basketball Championship in Tunisia.

“President Buhari urges members of the team and their handlers to work very hard to surpass their extraordinary heroics in Tunisia before a global audience at next year’s Olympic Games in Rio De Janeiro and bring even greater glory to Nigeria.

“The President assures the team, its managers and the Nigerian Basketball Federation that his administration will give them and Nigeria’s other representatives at the next Olympic Games, the fullest possible support to ensure that they are well prepared to excel against the champions of other countries and regions in Rio De Janeiro.”