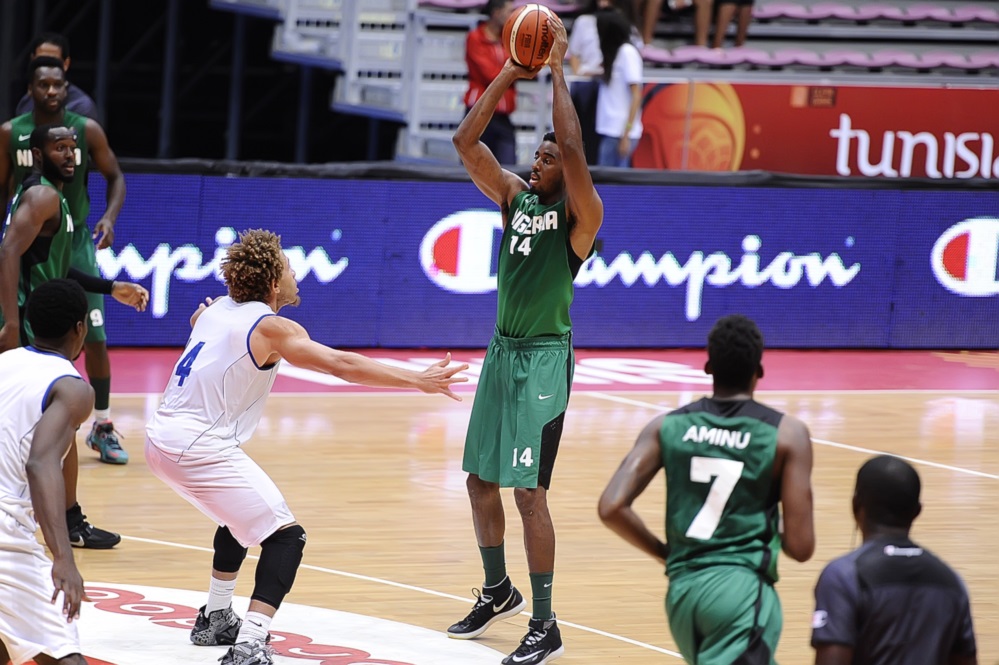 Nigeria’s D’Tigers continued their impressive form in Tunisia on Thursday as they beat Gabon 88-64 to set up a semifinal meeting with Senegal or Algeria, a match to be played on Saturday.

The Nigerian team won the first three quarters 72-34 and lost the fourth 30-16, as the coach, Will Voight, gave minutes to his bench.

Al-Farouq Aminu again led the way with 17 points in 23 minutes, followed by Michael Gbinije with 15 points from about 22 minutes of play.

But the dominant display for D’Tigers was Alade Aminu, who made nine points and had 10 rebounds.

Gabon had shocked the highly-rated Cape Verde team in the previous round and the Nigerians were expected to struggle against their very robust and aggressive style of play but D’Tigers raced into a 5-0 lead with just 50seconds on the clock and the Gabonese did not make any basket until about three minutes into the encounter when Y Lasme made a three-pointer.

The first quarter ended 23-11 in favour of the Nigerians.

The second quarter followed the same script with Alade Aminu dominant on the boards and Gbinije making three point plays as the Nigerians held firm with a 26-14 blowout.

The third quarter was the most productive for D’Tigers as they restricted their West African neighbours to just nine points while they scored 23.

The fourth quarter allowed Coach Voight the opportunity of resting his starting five and bringing on all his bench to freshen up for the match on Saturday.

D’Tigers have improved on their free throw percentage as they enjoyed 65% success rate on Thursday and Voight will be looking for his team to improve it to over 75% when they face either of Senegal or Algeria on Saturday. They have to be especially wary of a big Senegalese side, expected to play aggressively and thus give away fouls, which the Nigerians will be expected to take advantage of.

The Nigerians are now just two wins away from an automatic ticket to the 2016 Olympics that will hold in Rio, Brazil.