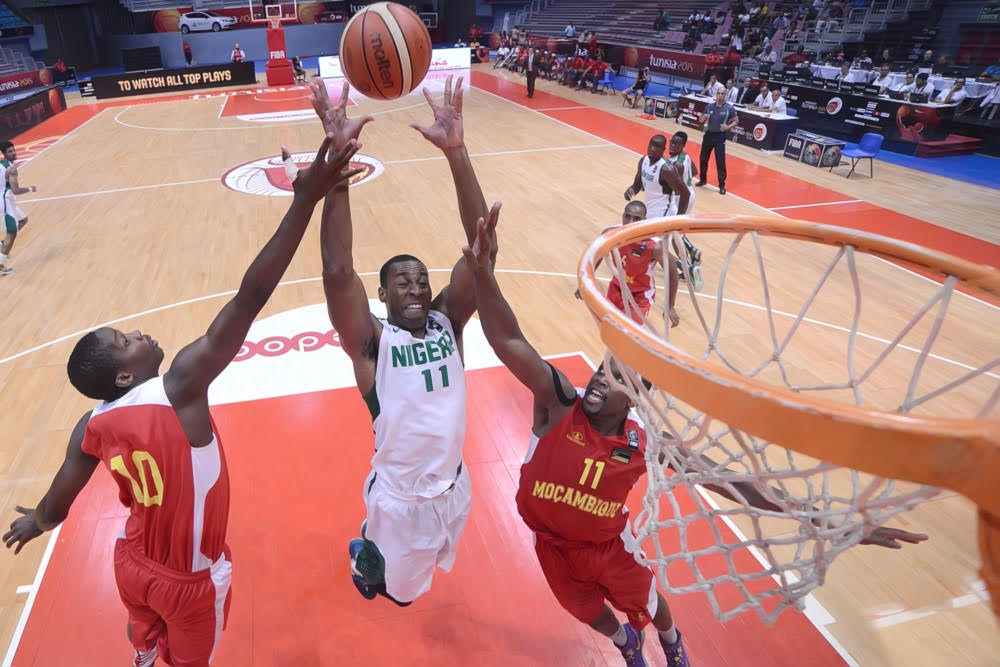 The Nigeria national male basketball team, the D’tigers on Wednesday night in Rades, Tunisia, beat Mozambique 83-47 to book their quarterfinal ticket against Gabon on Thursday, August 27.

It was a dominant display from the Nigerians, ranked third in Africa after Angola and Tunisia, and an 11th straight quarterfinal berth.

They won the tip-off through Alade Aminu, whose brother, Al-Farouq, led the team display with 14 points, ably assisted by rebound king, Olaseni Lawal, with 12 boards.

In the first quarter, the margin of victory did not seem likely as after Michael Umeh won the first point for Nigeria from the free throw line, the Mozambicans responded with two of their own from their main player, Pio Matos.

Lawal pulled in seven offensive rebounds as the Nigerians made their height advantage count on both sides of the court even though their three point shooting percentage went down to 25 percent.

In the absence of Ike Diogu, who normally would dominate the low post, Michael Gbinije came to the fore as he made five defensive rebounds against and played almost 25 minutes of the encounter.

And as they prepare against Gabon, the stats show that the Nigerian team is superior to the Gabonese in all aspects of the game.

Going into the round of 16 clash with Mozambique, the captain of the team, Olumide Oyedeji had said D’Tigers have the most talented set of basketball players in Tunisia and he will hope that they will make this superiority tell against Gabon, who surprised bookmakers by beating Cape Verde 77-67.

The winner of this match will then face either Senegal or Algeria in the semifinal on Saturday. The winner of this tournament qualifies automatically for the 2016 Men’s Olympic Basketball Tournament while the second, third and fourth placed teams will have to earn their spots the hard way through the 2016 FIBA Olympic Qualifying Tournament.