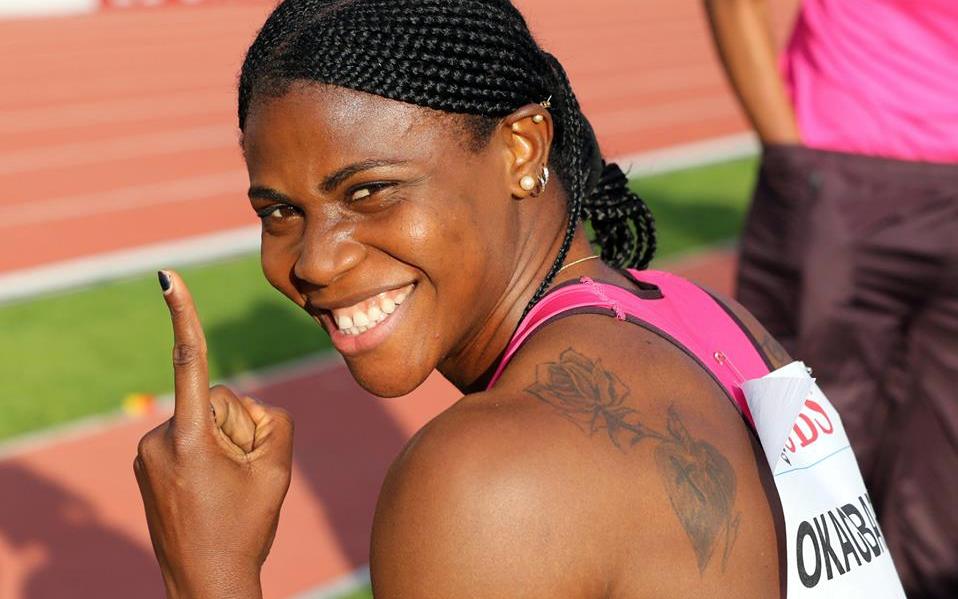 Blessing Okagbare will be leading Nigeria’s charge for medals at the 2015 IAAF World Athletics Championships billed for Beijing, China, from 22 August until 30 August 2015.

Okagbare, who was missed at the recently concluded National trials in Warri, Delta state, is top on the list of 23 athletes selected by the Athletics Federation of Nigeria, AFN, to compete at the biggest athletics meet outside the Olympics.

A breakdown of the list sent to PREMIUM TIMES by Olukayode Thomas, the Head of Media for the AFN, indicates that a total of 18, female, five male athletes and 10 officials will make the trip to Beijing.

Aside Okagbare, some of the other athletes that would be gunning for honours at the World Championships include Gloria Asumnu who won the 100 women’s event at the national trials in the absence of Okagbare.

Cecilia Francis, Stephanie Kalu, Deborah Odeyemi, Ngozi Onwumere are the others selected for the women’s sprint races and 4x100m event.

Also, Uhunoma Osazuwa, who set a new National Record in Heptathlon last week in Warri is in the mix to contest in Beijing.