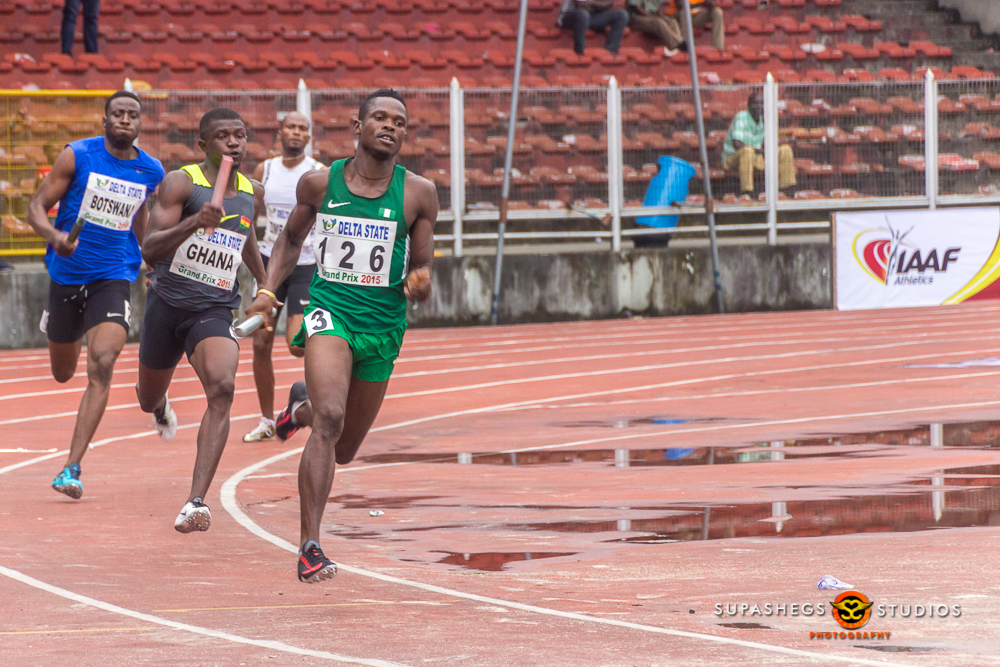 The rivalry between West Africa​n​ neighbours Ghana and Nigeria was on display at the 2015 Warri Relays /CAA Grand Prix held on Friday at the Warri City Stadium in Warri, Delta State as both countries dominated proceedings at the one-day athletics meet.

While hosts, Nigeria did have the upper edge in the long run, the lean Ghana contingent gave a good account of themselves in the events they were entered for; beating Nigeria in the 400m flat for men as well as the 4x400m relays for men also.

The duo of Ogho-Oghene Egwero and Gloria Asunmu ensured that Nigeria secured a sprint double as they both returned the fastest times in the two 100m finals for men and women.

Egwero finished tops with a winning time of 10.23s, the former national champion defeated Jonathan Nmaju who finished 2nd in 10.34s while Obinna Metu settled for 3rd spot after posting a timeof 10.37s.

For the women’s 100m event, which was somewhat keenly contested, US-based Asumnu won the women’s A race in 11.60s, beating Ghana’s Fling Owusu-Agydmpong who finished 2nd in 11.61s and Nkem Ezeala who was 3rd in 11.71s.

In the 400m men’s event, the dwindling status of Nigeria was brought to fore as Ghana’s Emmanuel Dasor beat all comers as he clocked 46.14s to power to victory. His countryman Daniel Gyasi finished 2nd in 46.45s while Nigeria’s Orupke Erayokan came 3rd in 46.52s.

Dasor told PREMIUM TIMES after his race that he is particularly not satisfied with the time he returned but he was quick to add that he would savour the win which is coming in his first ever visit to Nigeria.

“It’s good to win but I am not impressed with the time I posted” the Ghanaian rising star stated.

Ghana built on their 400m win as they also won the men’s 4x400m relay race. The quartet of George Effah, Gyasi, Acheampong Kwadwo and Dasor gave a good fight;  snatching the win right at the line in 3:04.72.

Nigeria finished 2nd in 3:04.77 while Botswana who are seen as one of the continent’s superpowers in this event surprisingly came 3rd in 3:06.49. 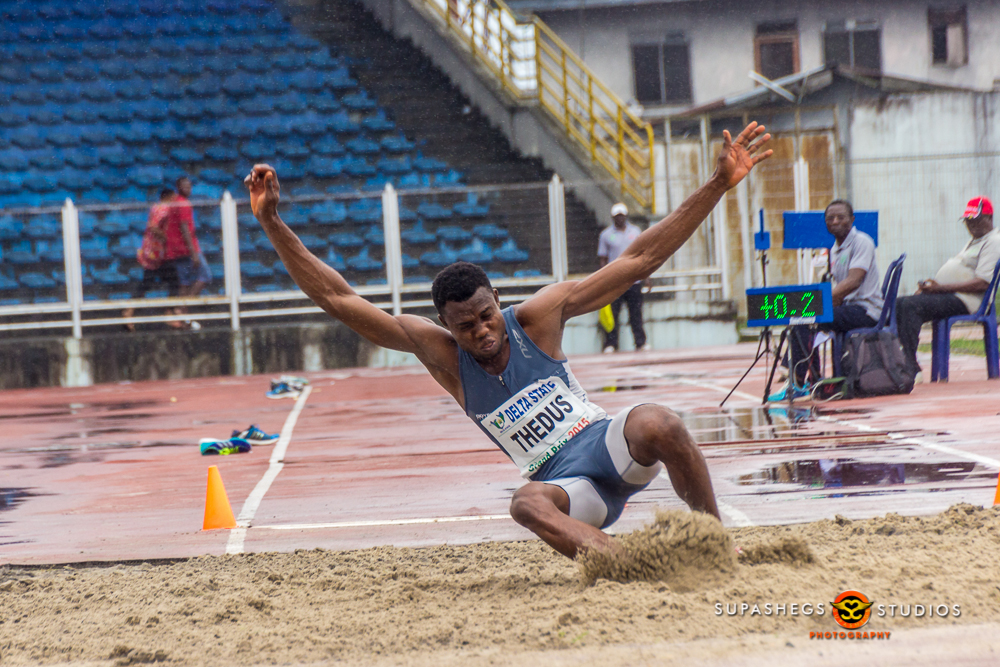 In the women’s 400m hurdles, Amaka Ogoegbunam leaved up to her favourite’s tag wining comfortably with a time in 56.26s, Daisy Akpofa  came 2nd in 58.51s while Glory Nathaniel was 3rd in 58.53s. Mozambique’s Kurt Cuoto won the men’s category in 50.46s, with Henry Okorie staging a surprise to finish 2nd in 50.86s, beating Amaechi Morton who was 3rd in 51.01s.

Fast improving Nigerian jumper Theddus Okpara  was one of the day’s high performers as the youngster secured double victories in the men’s Long and High Jump events. Theddus jumped a distance of 7.90m in the Long Jump while he scaled a height of 2.03m in the High Jump.

John Amponah won the men’s Javelin with 73.73m, Great Britain’s Nathan Fox was the winner in the men’s Triple Jump, after leaping 16.65m.

In his post event assessment, the technical director of the Athletic Federation of Nigeria, Omatseye Nesiama, a Navy commodore, explained to PREMIUM TIMES why the performances of most of the athletes on parade were particularly not so impressive.

“I think the wet weather as well as the long travels limited most of the athletes , I want to believe we will see much more improved performances at the national trials next week,” the AFN Technical director submitted.

Ex-Militants’ meeting in Bayelsa thwarted as  Soldiers seal off venue