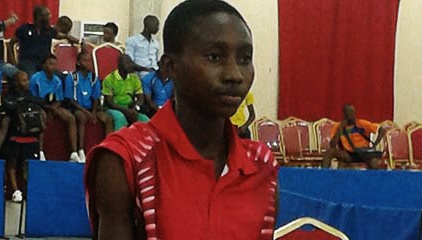 The host finished ahead of others with seven gold medals while Slovenia won three gold medals to settle for third spot on the medal table.

Over 15 countries from Africa, Europe and Asia took part in the one-week championship held at the 6th October Hall in Cairo.

Nigeria made the second spot on the final day of the championship with Esther Oribamise, Abayomi Animasahun and Amadi Omeh claiming gold in the cadet and mini-cadet event.

The star player for Nigeria was Oribamise who had earlier failed to excel in the junior girls’ event but had to measure up in the cadet girls’ singles when she beat Egypt’s Rolan Hesham 3-0 to clinch the third gold for the West African country.

In the cadet girls’ doubles, Oribamise partnered Tunisia’s Fadwa Garci to beat Egypt’s Roa Amro and Farida Badawy 3-0 to add to her medal haul in Cairo.

An elated Animasahun said: “I give God all the glory for being able to achieve this in my first international appearance. I listened to my coaches and I ensured I followed them and this is one of the reasons I was able to win medal in Egypt. I am so happy for this medal. It was not easy at all during the five-day tournament. The competition gets much difficult as it progresses from one level to another, but I am happy that I achieved something.”

Oribamise said: “I did not believe I could salvage anything in this competition because I was hopeless after a poor showing in the junior girls’ events. I did not also believe that it will end up in my favour in the cadet event. I thank God for my medals because it is through Him I was able to achieve this. I tried all through the competition to give a good account of myself because many people were looking out for me.”