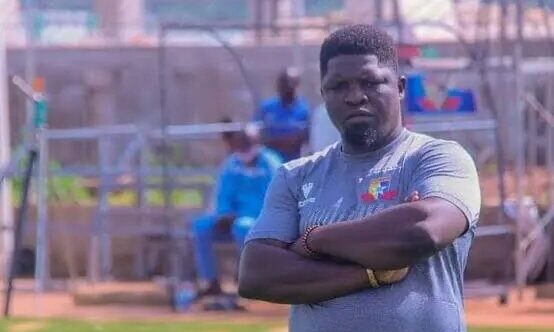 Southwestern Derby: We will play with our head -Coach Ogunmodede

Shooting Stars have never defeated Remo Stars in their last four league meetings, having recorded three draws and a defeat.

The last game of the Nigerian Premier Football League(NPFL) match-day three will be played today (Wednesday) and it’s a derby encounter between two stars, Remo and Shooting.

While Remo Stars will be seeking its third consecutive win, the Oluyole Warriors with two draws so far will be determined to pick their first victory of the season.

As for the Sky Blue Stars, they have started strongly in the new season under their new gaffer, Daniel Ogunmodede, who returned to the club last year after a brief spell in Portugal.

He took over from Gbenga Ogunbote who was instrumental in the club’s continental ticket.

Remo Stars, who broke Gombe United’s 24-unbeaten home record, will seek to continue their regional dominance over southwestern teams as they did last season.

The Ikenne-based club didn’t lose any derby test last season recording five wins and an away draw which was against Shooting Stars.

Meanwhile, the Oracle as Ogunbote is being called will be paying his first official visit to the Ikenne township Stadium Wednesday when he leads the Oluyole Warriors against his former side, Remo Stars.

Aside from this game, Ogunbote has played against Remo Stars in two competitive preseason tournaments where he lost to the Sky Blue Stars. The first was the Ogunjobi Cup where Shooting Stars lost in the final via penalty shootouts to Remo Stars.

The second was a friendly game to commemorate the 60th birthday of former NFF vice-president, Seyi Akinwumi, last December. The game ended in a one-goal victory for Remo Stars.

Ogunbote and his boys will be seeking to break the unbeaten streaks of the Sky Blue Stars who have never lost to Shooting Stars in their last four league meetings. Both sides have shared spoils thrice while Remo Stars pipped 3SC by a lone goal last season.

During an interview with Remo Stars’ coach, Daniel Ogunmodede, he said his boys will be playing with their “heads” against their former boss.

He said: “It’s a big game like you said. We are playing against Shooting, a top club with a lot of history. We played them in the preseason and they have recruited top players, compared to Remo Stars, a young club with young players that has little or no history in Nigerian football.

READ ALSO: NPFL: I am not scared of any team – Remo Stars coach

“Nevertheless, we are playing against a coach, a senior colleague, father figure but for me, I’m playing the game not with my mind but with my head. I don’t want to be emotional, I just want to play my game and get three points.”

While speaking about the recruitments made by the club, Ogunmodede assured there won’t be any regrets from his boys.

“When I arrived, I looked into the area that needed recruitment and we strengthened them. Every team has their weaknesses, we have ours. For me as a football coach, it’s based on function, for now, hopefully, there won’t be regret.” he concluded.